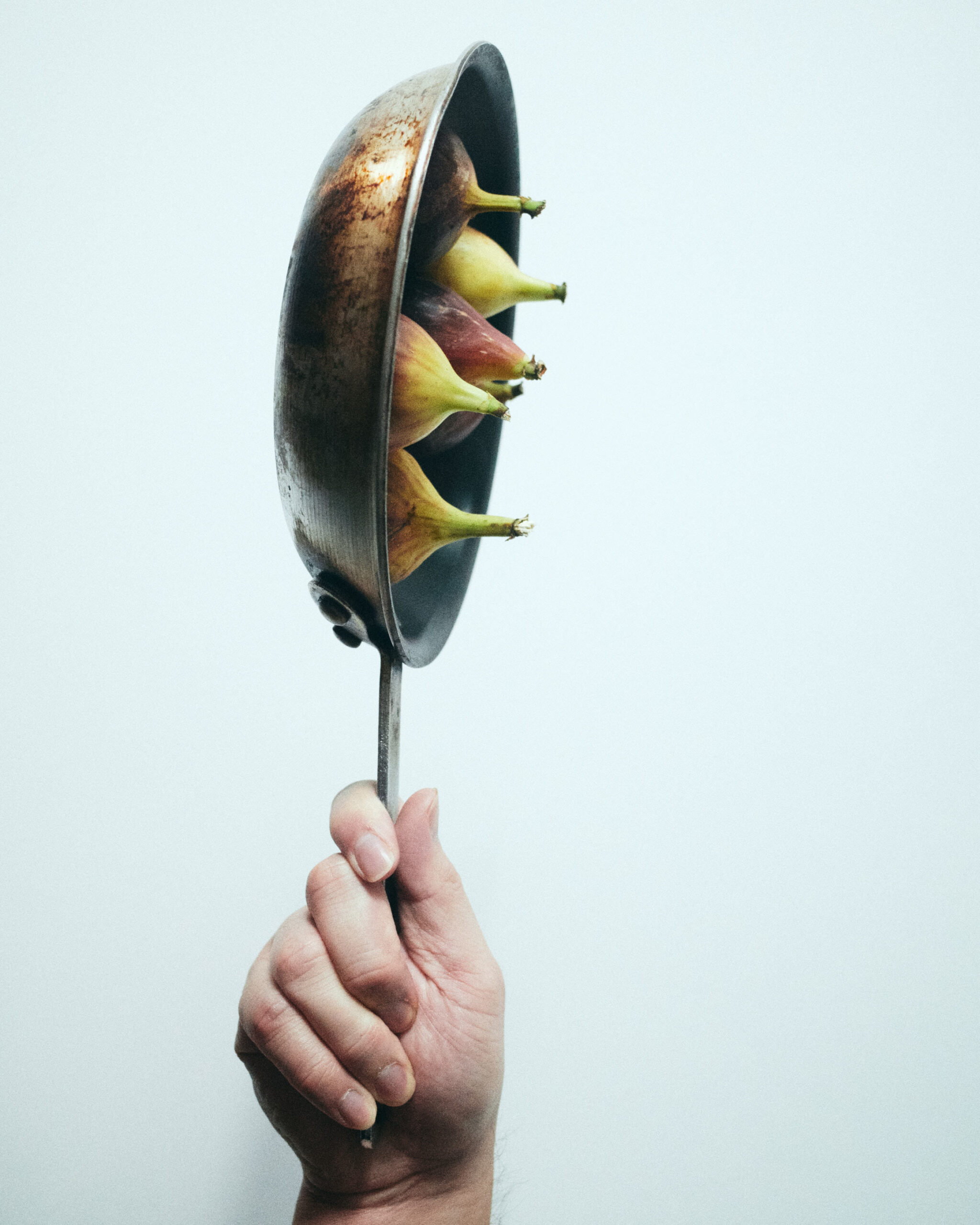 I was supposed to be buying food for the workshop that’s happening in 30 minutes.

Yet I was distracted, looking for a Chinese steamer tongs.

Perhaps it was my last day in Shanghai, I was desperately looking for a memento.

You know which tong I’m talking about – the ones you use it to clamp and lift up plates from the hot steamer.
It looks like a wireframe of a duck face or a crocodile’s mouth.

Anyway, it’s a nostalgia thing. I saw one in Nelson’s kitchen and decided that would be the decisive object to commemorate my trip to Shanghai:

something familiar yet can’t easily be explained if you’re not physically here with me.

Anyway, Nelson and I split up in the morning to buy props for our workshop.
I gave him the fancy food to buy – croissants and fruits while I look for street food – dumplings, spring onion pancakes, noodles.
The idea was to pair different food groups to different themes: perfect/imperfect; personal/impersonal etc.
His baker friend also contributed two boxes of pastries.

The vendor saw me eyeing his pancakes, and he thought I was new in town.

” Young man, just pay me 5 yuan and I’ll give you a selection of all my bings.”

It’s amazing how vendors don’t really check if I put in the right amount of money, they just trust you to do the right thing.

I felt a little sentimental walking back, knowing that I won’t be going back, even though I really wanted to.

When I arrived at Nelson’s, all the students have arrived.

As expected, out of the 3 students, 2 decided to use their smart phones, and 1 had a full-frame Sony A7 body.

They’re all females and signed up to this workshop by chance.
Kelly was merely walking past Seesaw when she saw photographs of Melbourne as she used to live in Australia.
Yuan Fang is a single mum, hated photography, but interested in what I have to say.
Yi Fan does jewellery and just wanted to learn more about photography.

Nelson took us through the idea of zines and showed us many examples.
It’s interesting to see how different colour/layout invoke different responses.
Yuan Fang was really disturbed by a zine all about the corners of a room. She said the ‘aura’ was all wrong.
Nelson showed another zine of an artist documenting what was in his sink everyday.
It was interesting because I was taking photos of Nelson’s sink for the last week.

When it’s my turn, I focused on the intent.
Why are we taking certain photographs, and how are the photographs going to be used.

It’s hard to teach a lot in a short amount of time.
I took them through some core concepts, accompanied by my own work.
I remember they said my photographs seem natural, but they aren’t simple.
Deceptively casual.

The reality is, there is no right or wrong when it comes to art yea?
I think the biggest value of a workshop is simply to get your ass off and do something.
That sense of inertia.
Instead of sitting at home, you’ve actively pursued an action to further a hobby.
The reason why online learning/workshops/tutorial is gaining traction is that the traditional education model is failing, especially for the creative industry.
But that’s too long for one post.

My biggest achievement was when Yuan Fang had trouble with getting the ‘top-down’ table shots right.
I told her because most of our phones are equipped with a wide-angle lens, the corners will always be distorted.
So if you want to have a natural-looking ‘top-down’ shot with your phone, you need to shoot further away, then crop in closer.
She and I were equally impressed.
At least I had a student walking away the workshop learning something substantial.
If you can read Chinese, here‘s Yuan Fang’s recap of her experience.

We had to say our goodbye around 2 pm to make way for our event at Brownie.

This time I wore the red jacket. It’s my last day. What’s wrong with sucking up to China right?

Before the presentation started a few familiar faces showed up.

Justin, a uni friend from RMIT who was working at W+K came to support.
Ryan, another internet designer friend who I’ve only corresponded online, also came. His wife has a modular vase on display in Brownie. I later bought one of the vases and gifted it to Nelson for his hospitality while generating income for Brownie, killing 3 birds with one vase.

The biggest surprise was Dave.

Dave is the father of Leslie-Anne, the bride of the very first wedding I shot in North Carolina. I knew he lives in Shanghai but wasn’t sure if he was actually going to show up, because I know he’s a busy businessman and wasn’t sure if he fully understood mandarin. He sat through the whole thing in his fluorescent green polo shirt and sandals, bought a few books, and said goodbye. I was hoping we could all grab a drink after the presentation, but everyone had other commitments, and they just left.

It was surreal.
There’s a brief moment which I thought it felt like the purgatory of an alternate reality.
I didn’t even take any photographs of the talk.

Nelson and Hui Chin said to follow them for dinner. I was hoping for something hawker-ish.

We walked to the building next door and took a long elevator ride.
The doors opened to Da Dong, a one-star Michelin restaurant famous for Peking duck.

Da Dong felt like someone just typed in ‘fine dining’, ‘China cool’ and ‘traditional design’ in a search bar and went with the first result.
The lighting was purple, the food menu was A2 size and contained all major dishes around China, the plates and table were huge.
The three of us took up a table f0r 10. We barely made it for last order.

We must have ordered enough for 10 people, but I did not care.
It was my last day, the big plates were an illusion anyway.

I had no memory how we got home, and we didn’t even drink.
For a foodie, that’s probably the best ending one could ask for. 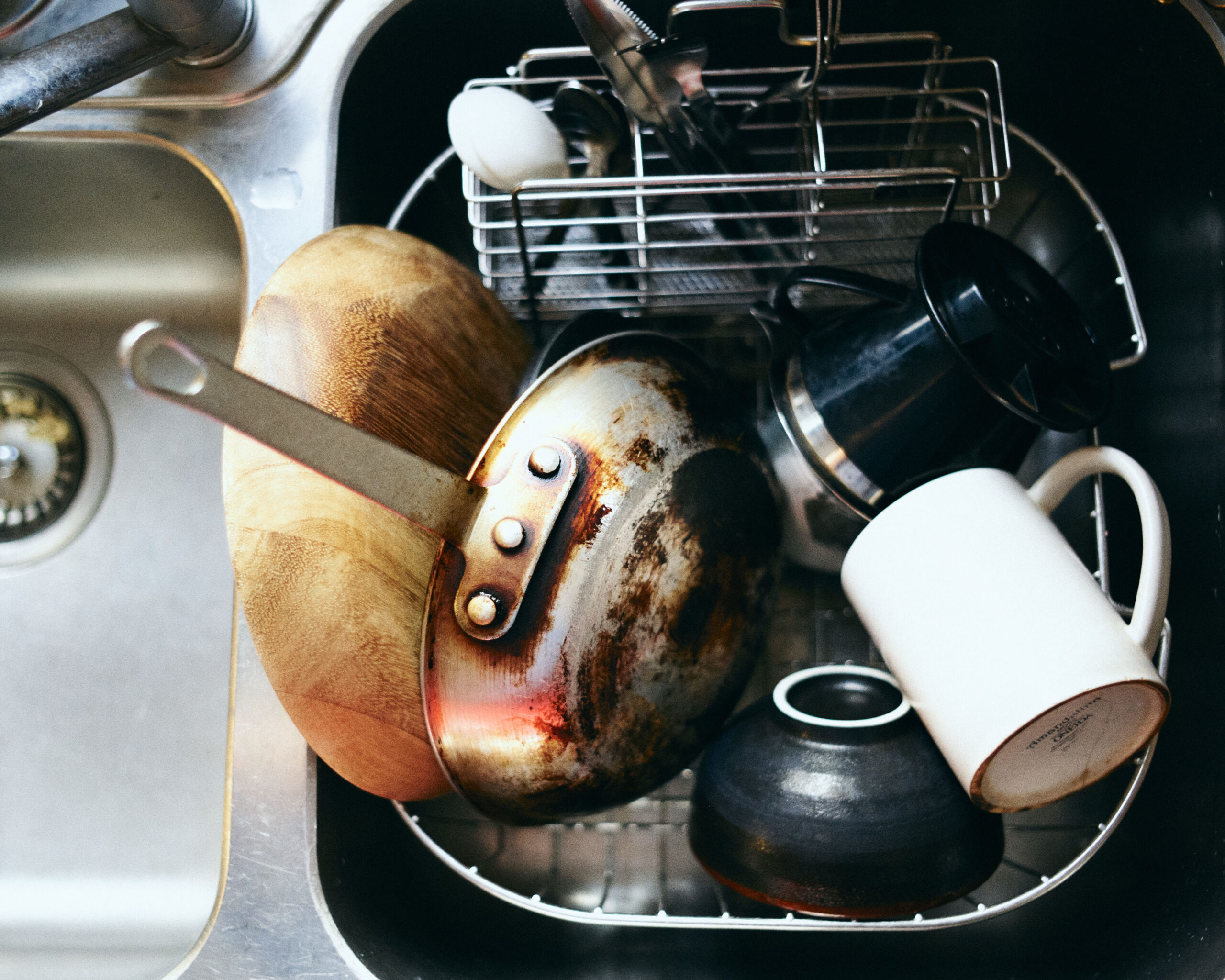 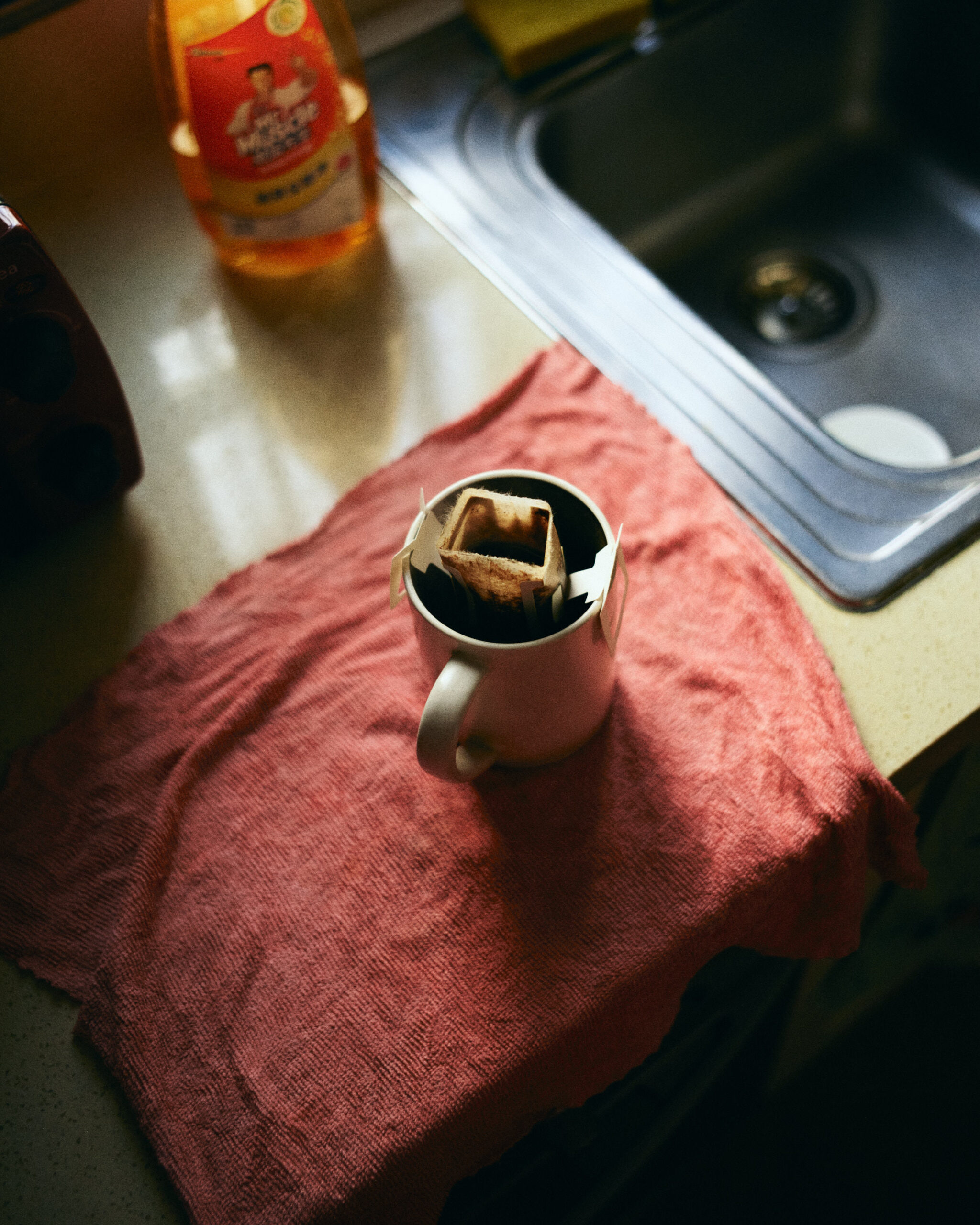 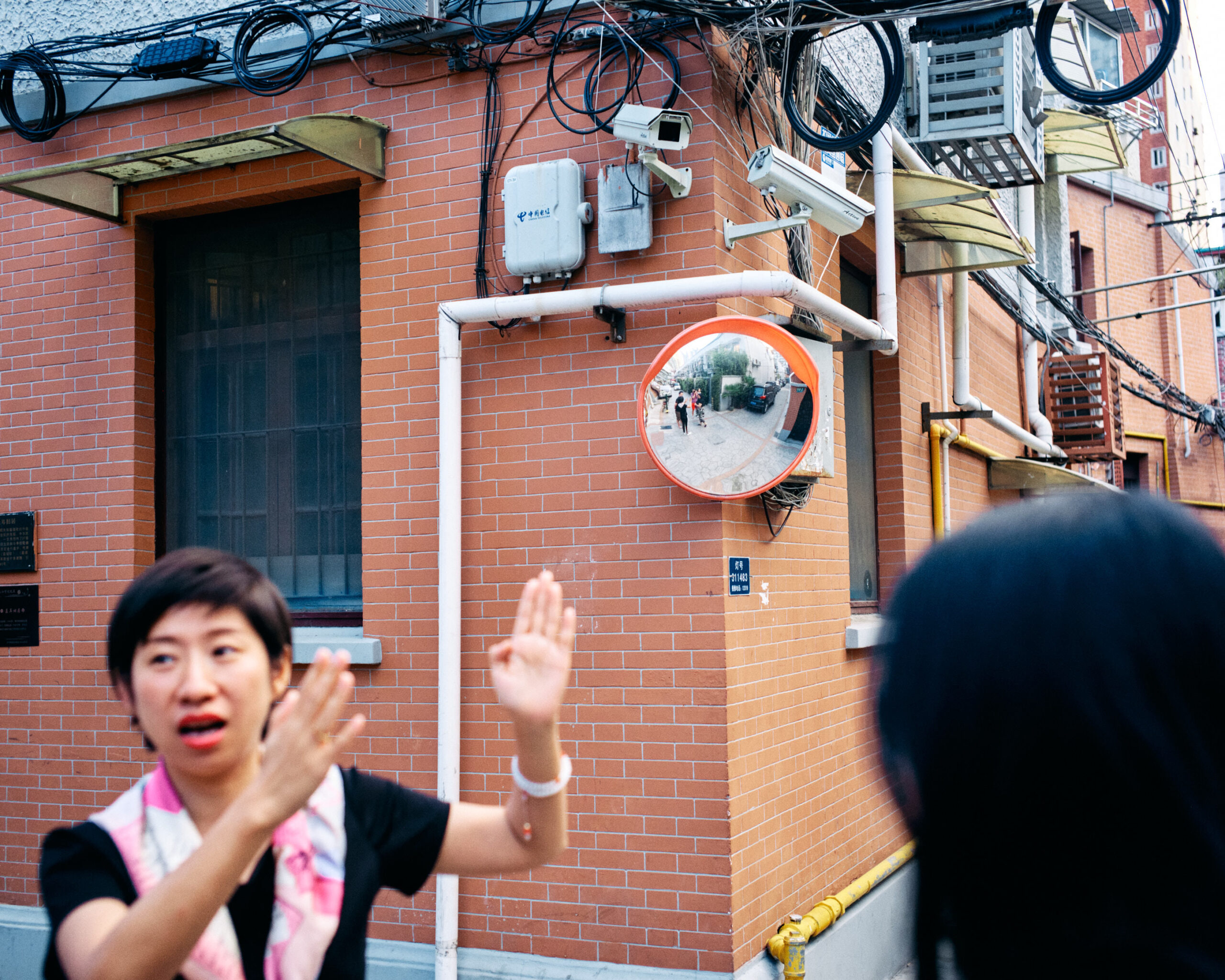 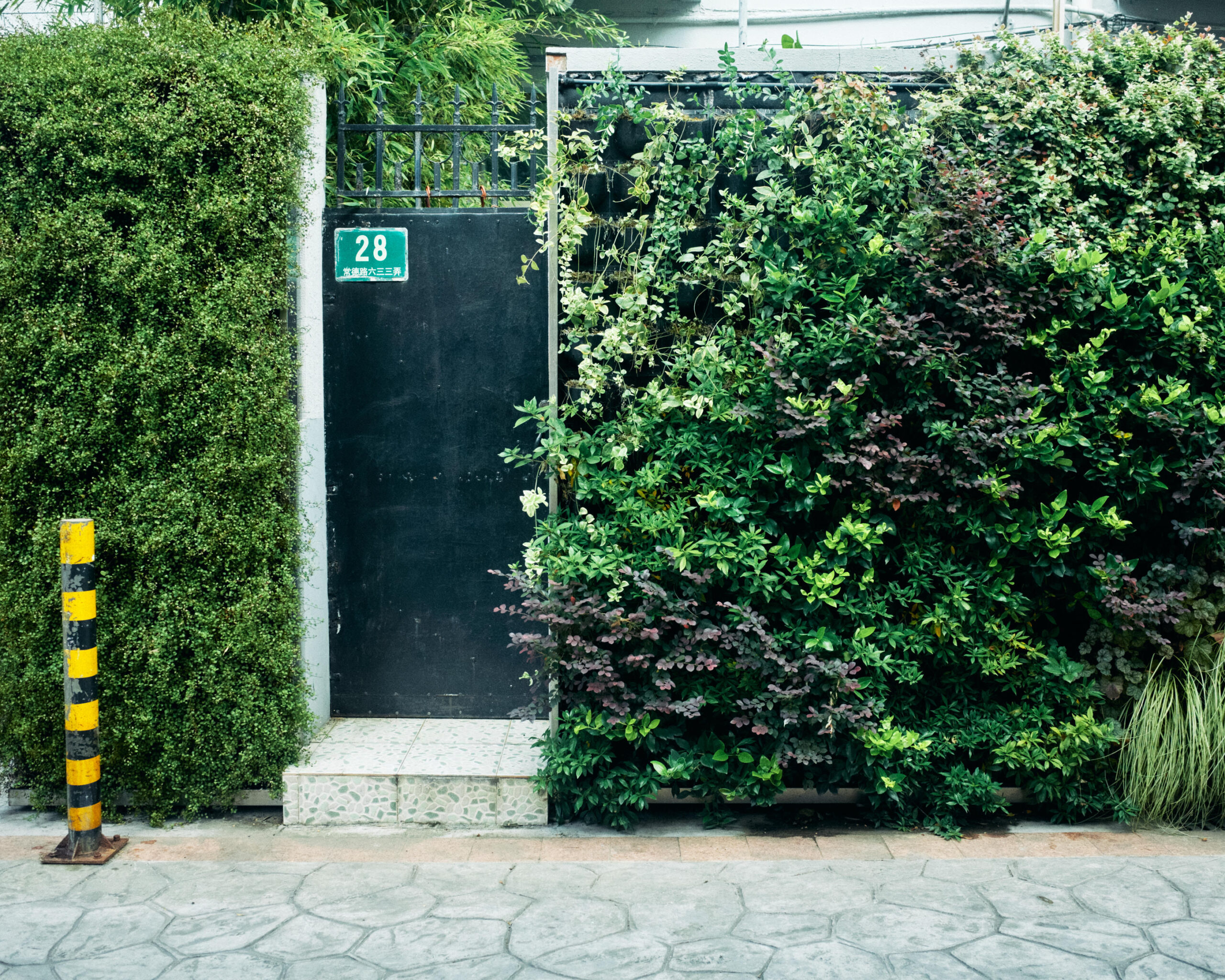 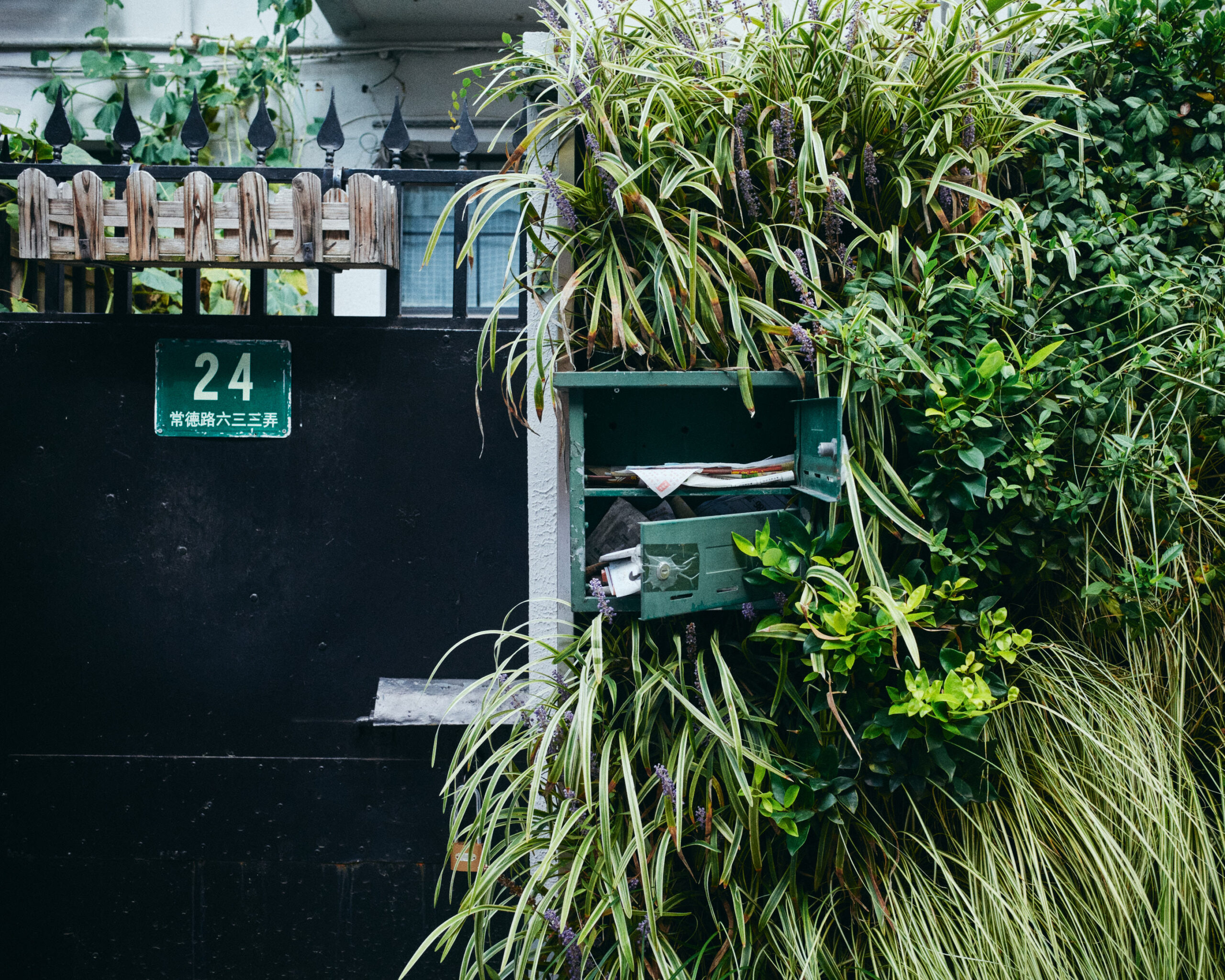 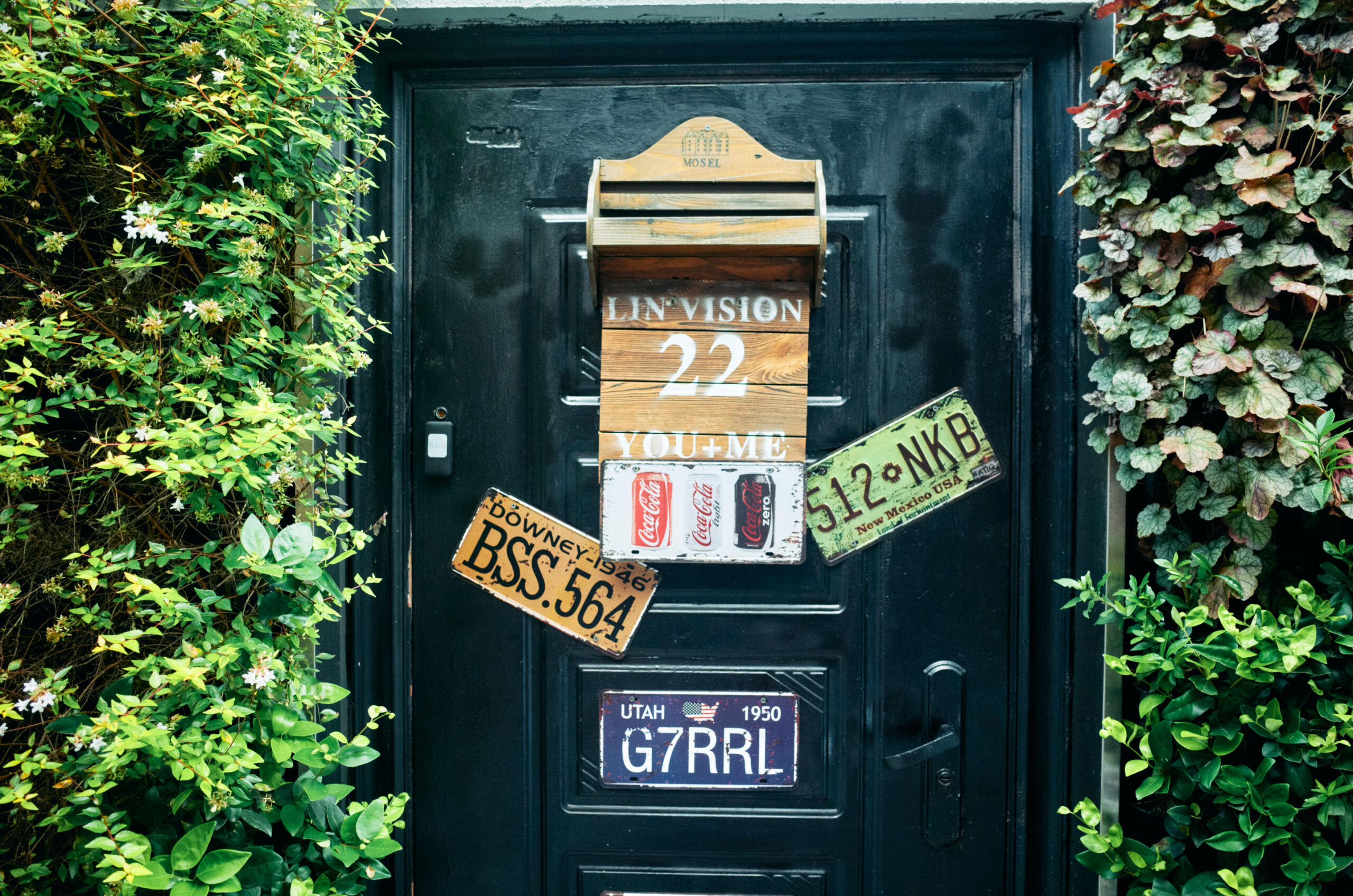 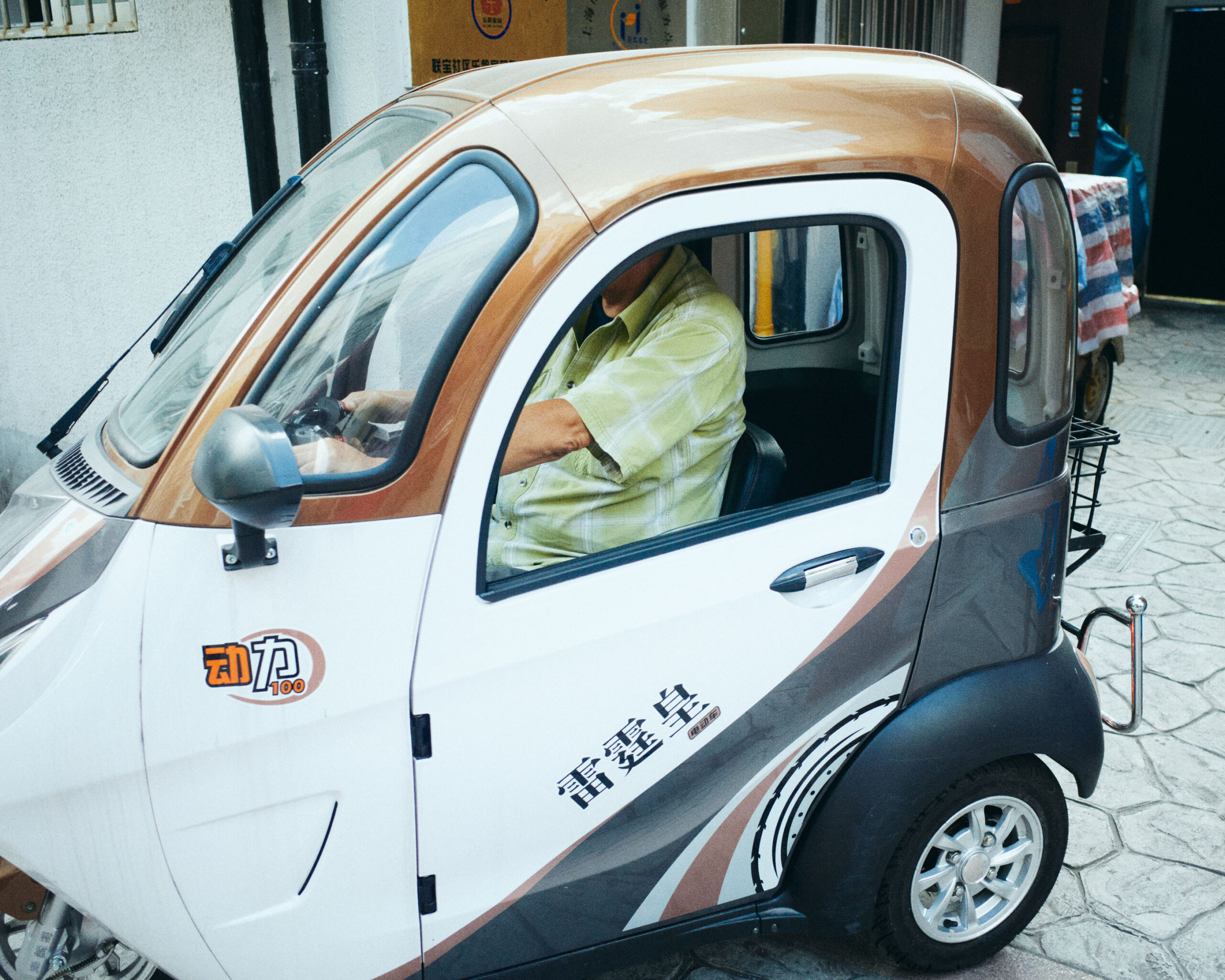 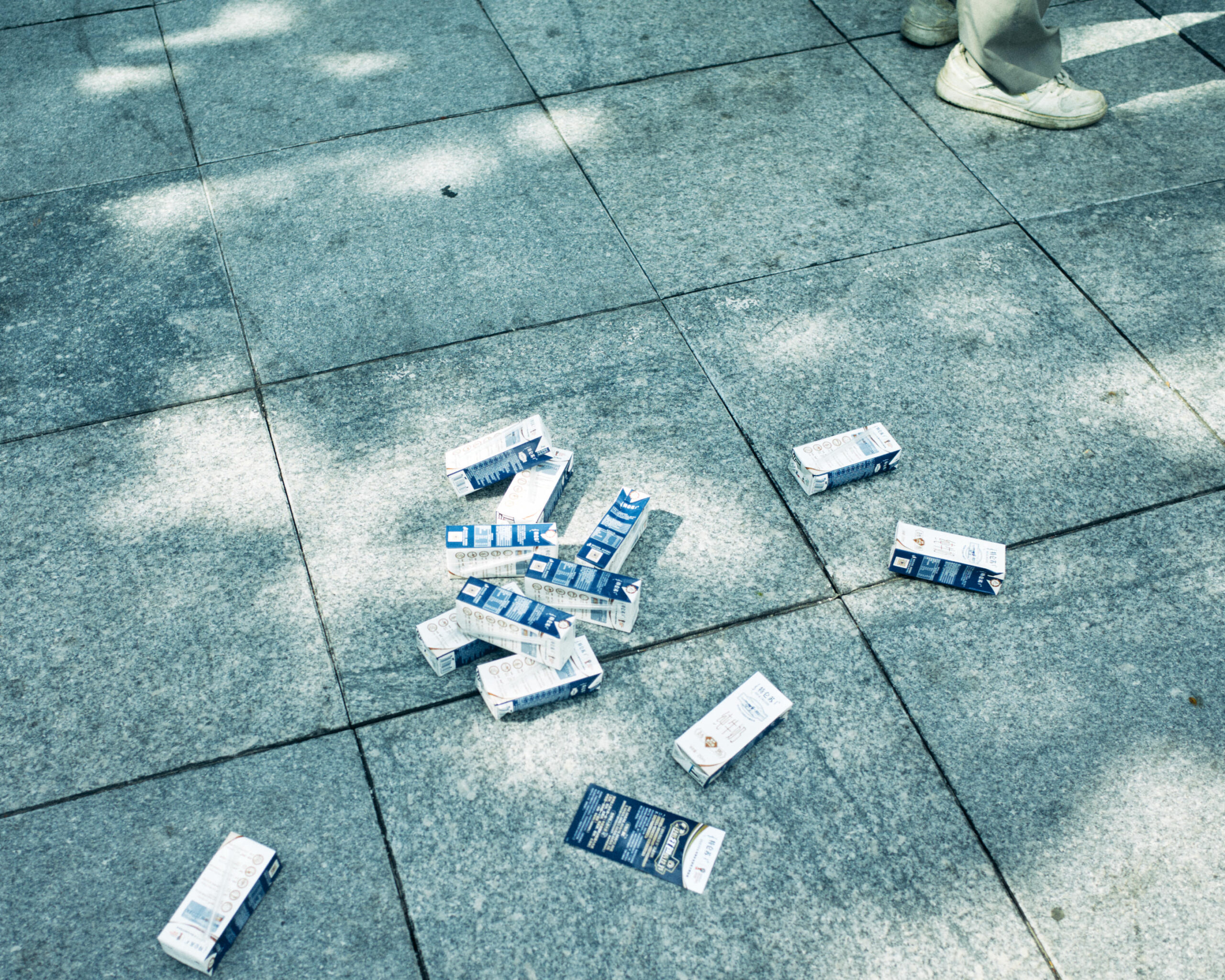 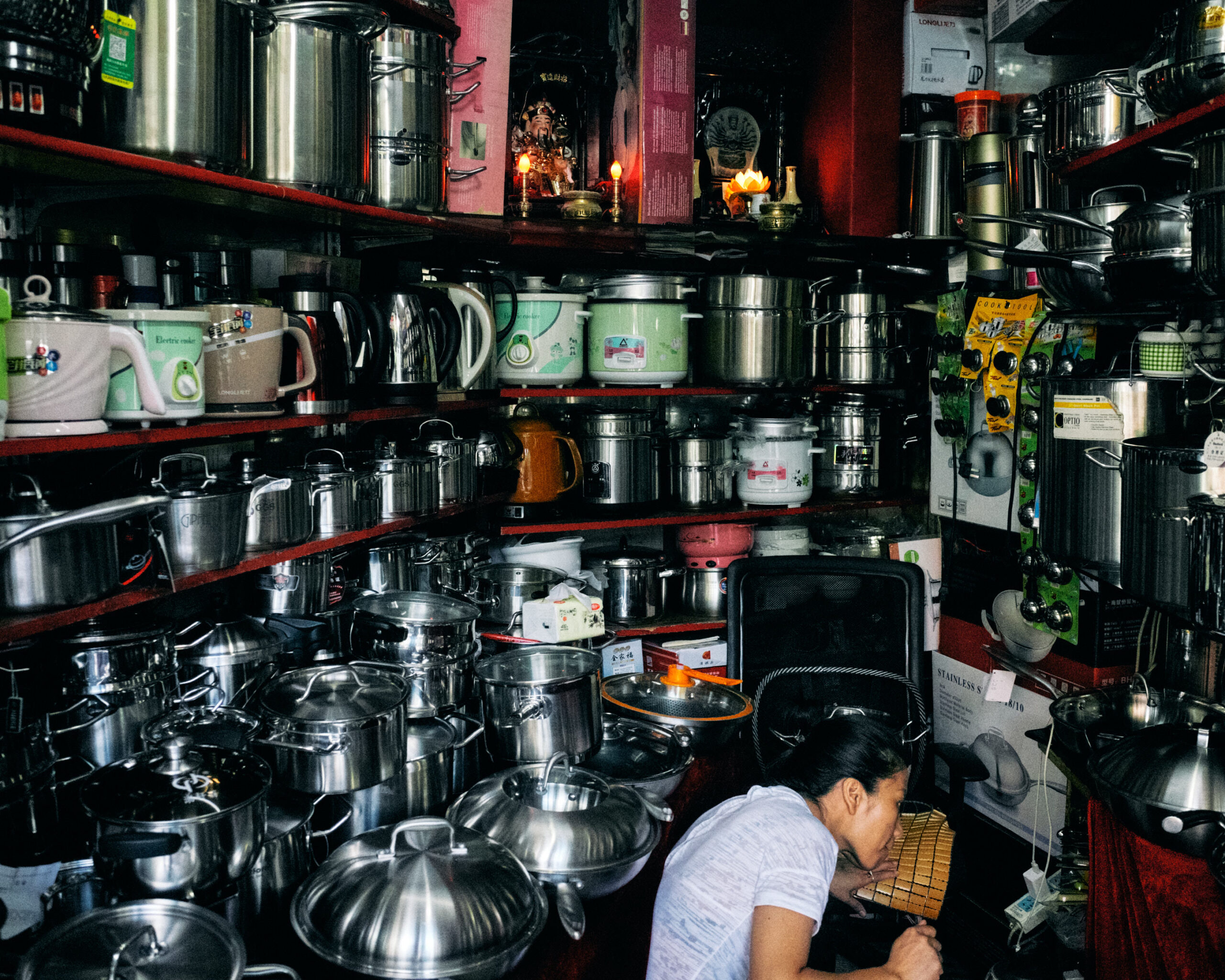 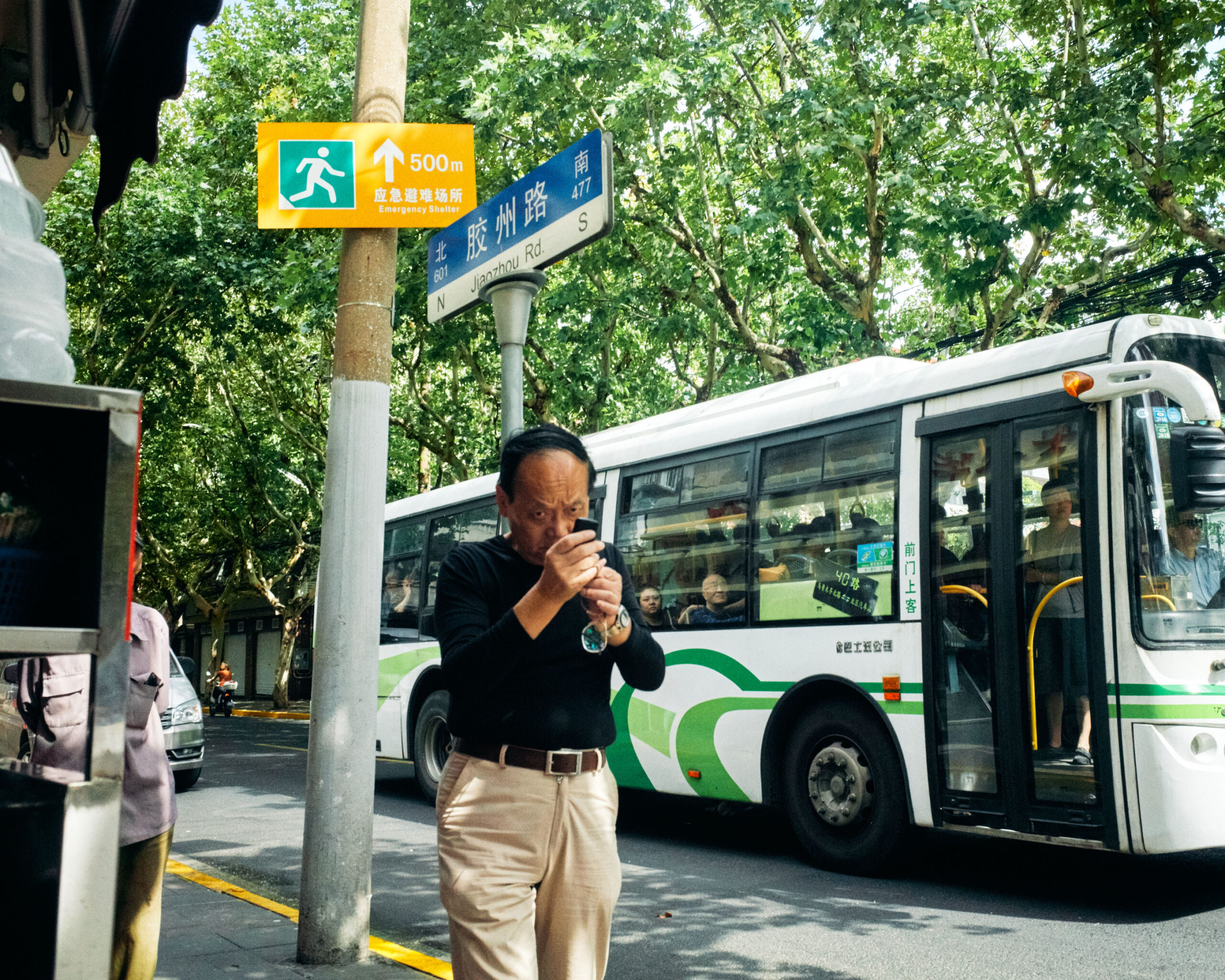 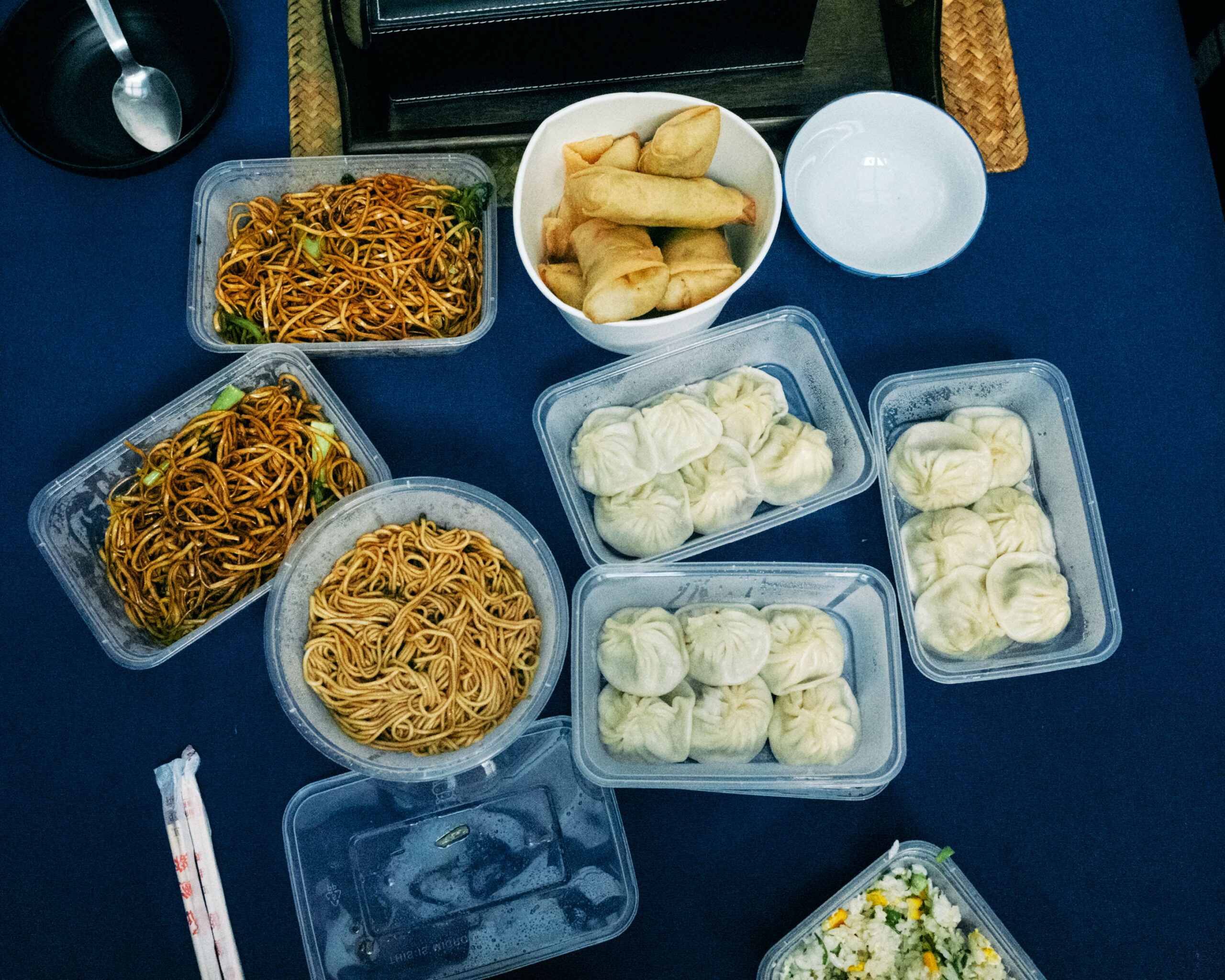 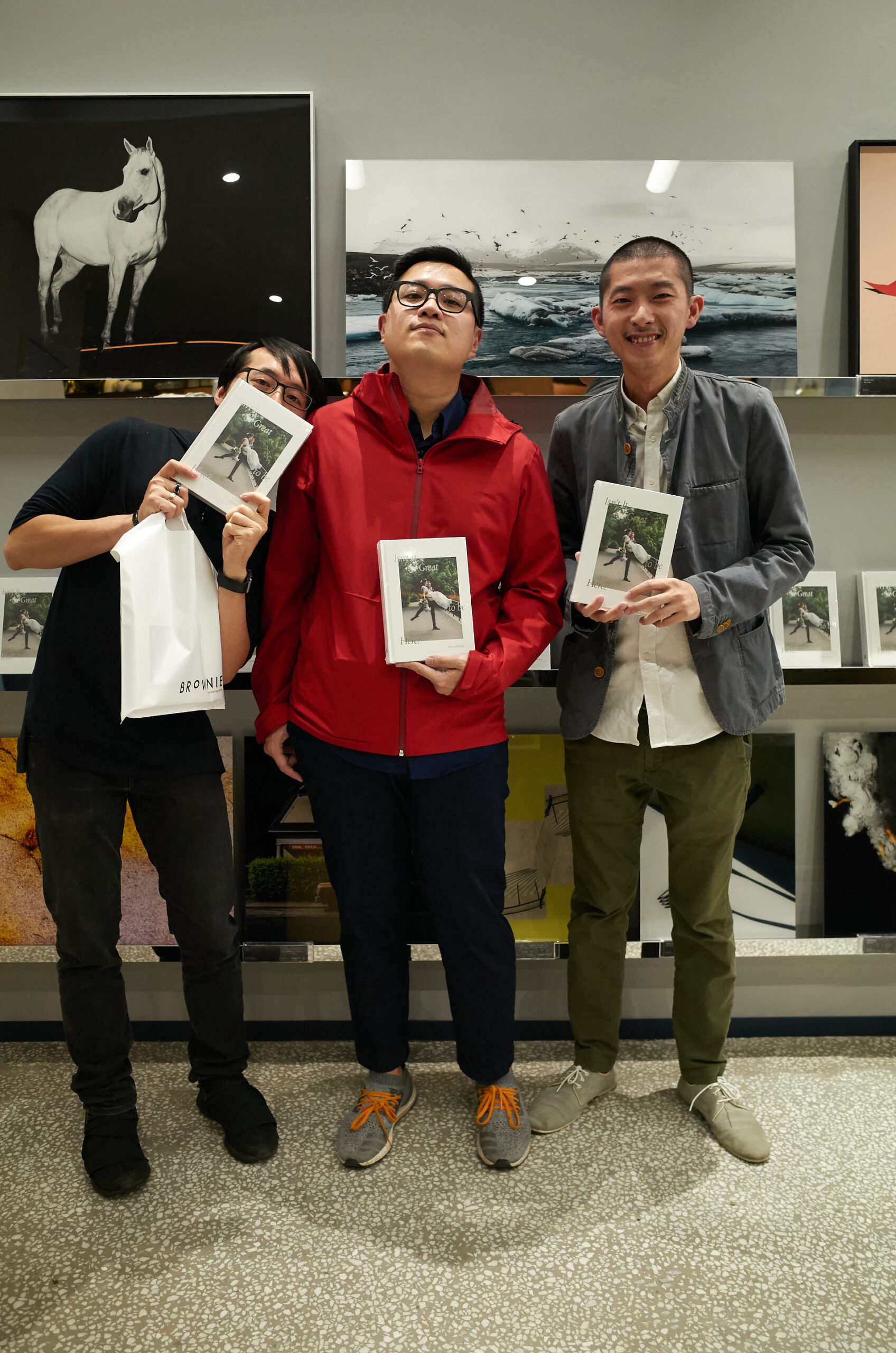 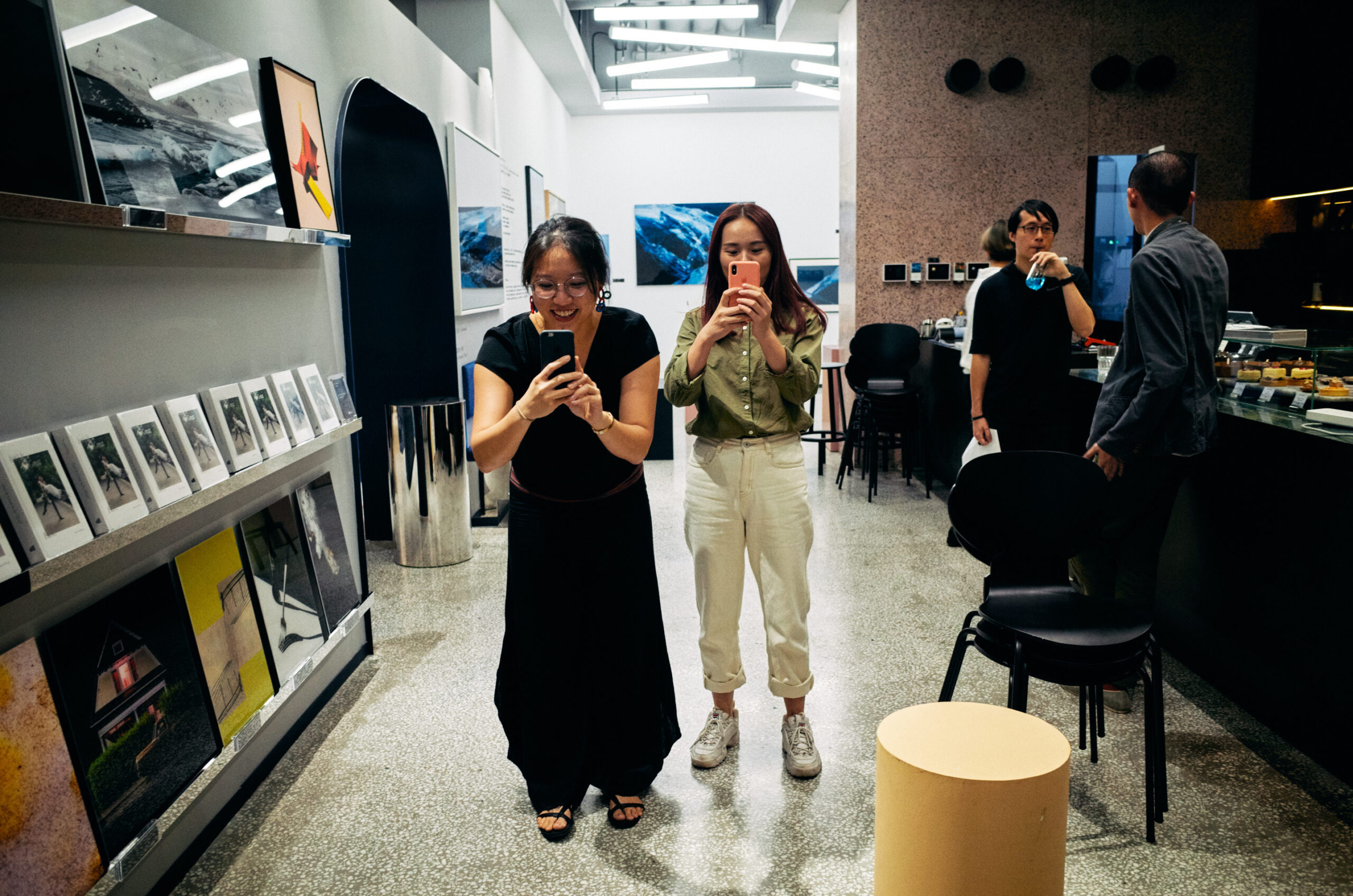 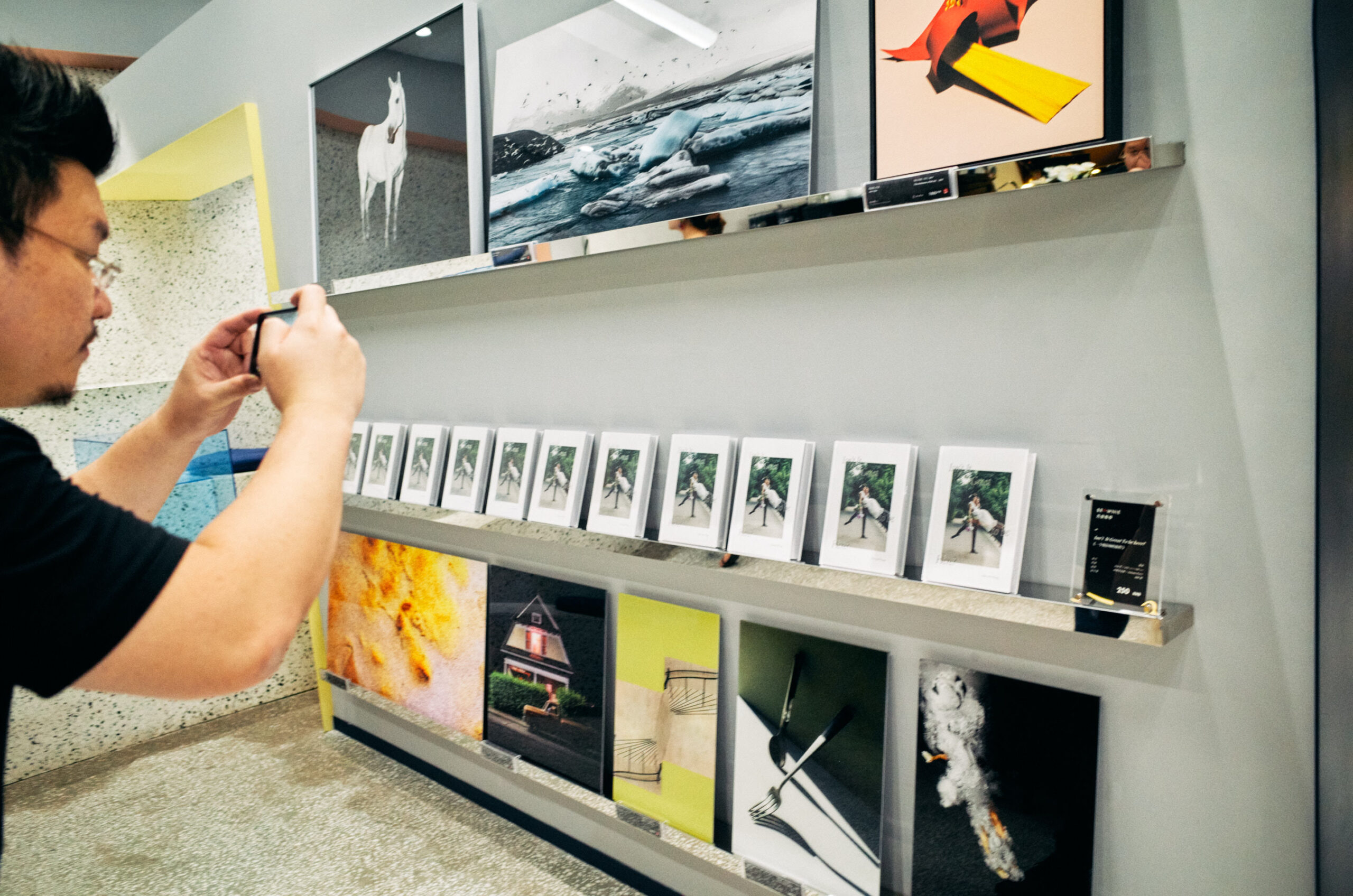 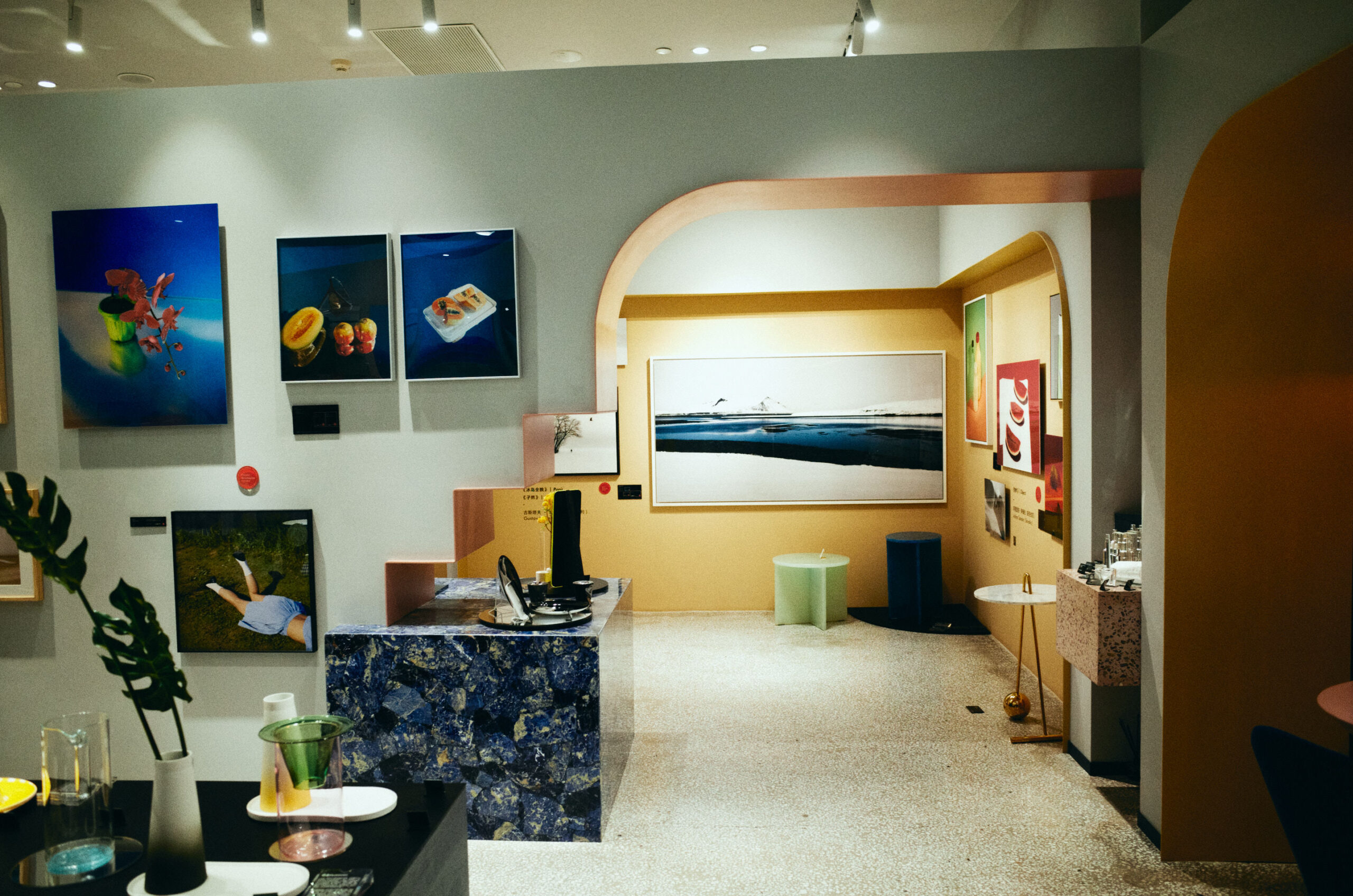 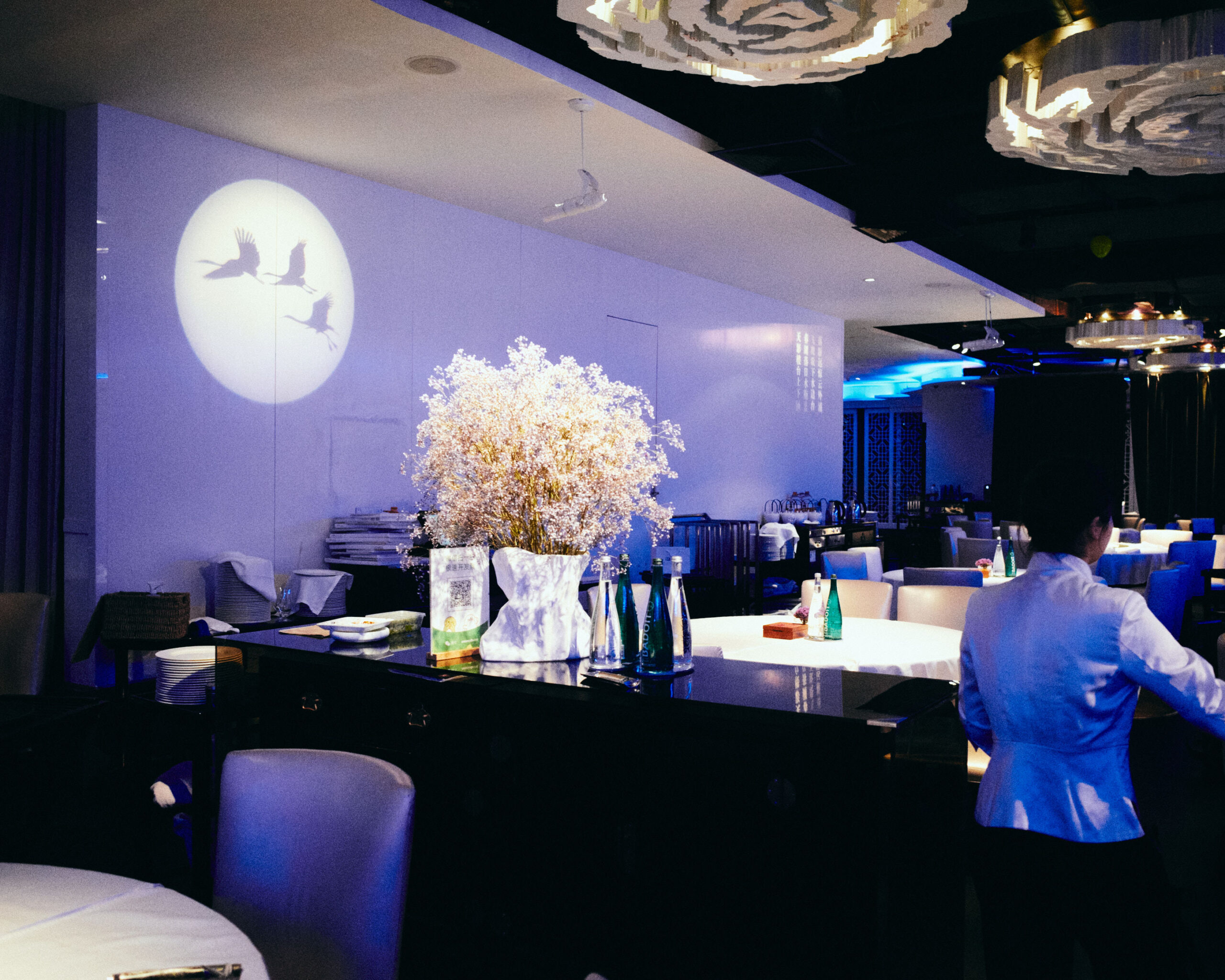 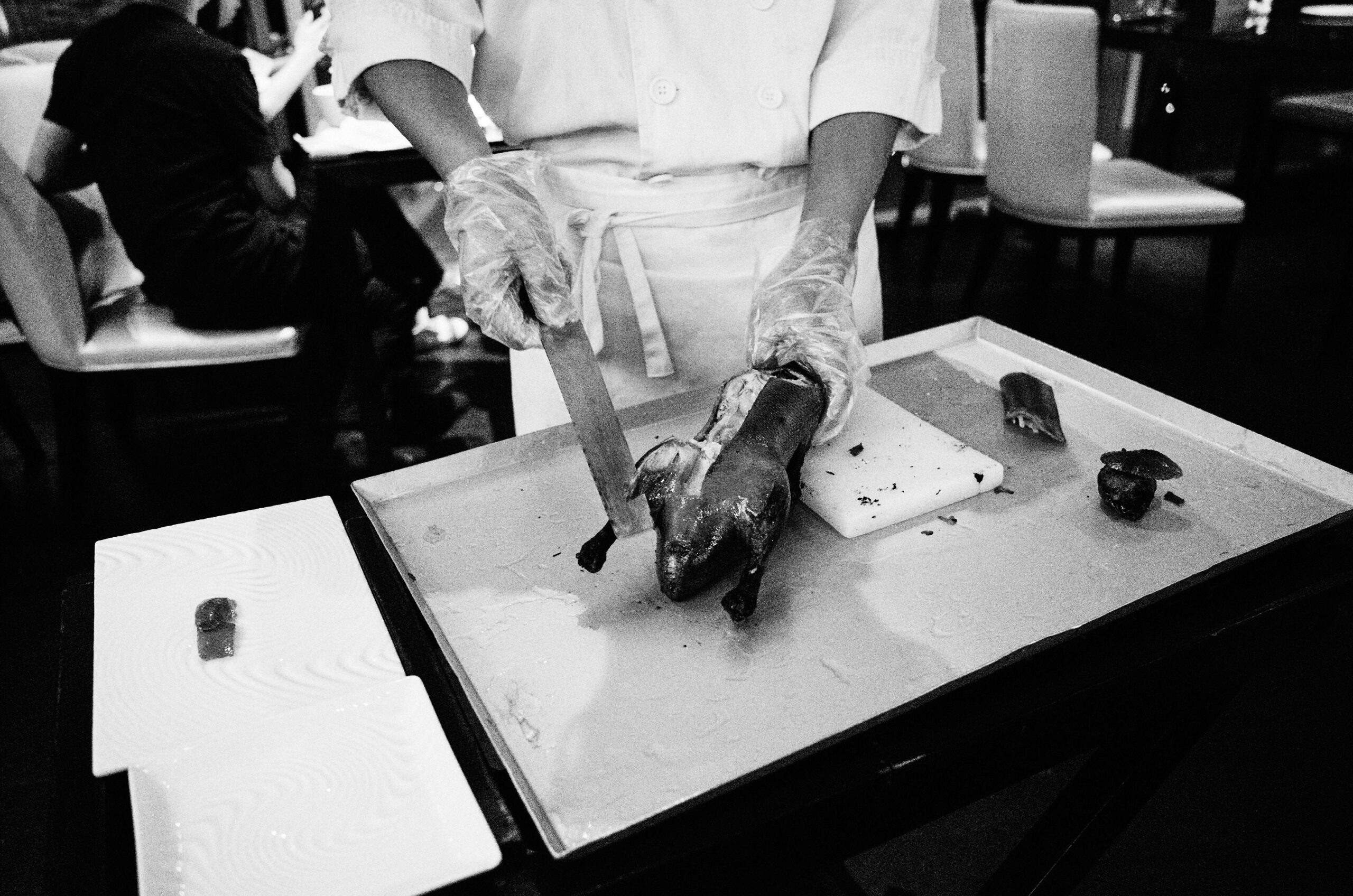 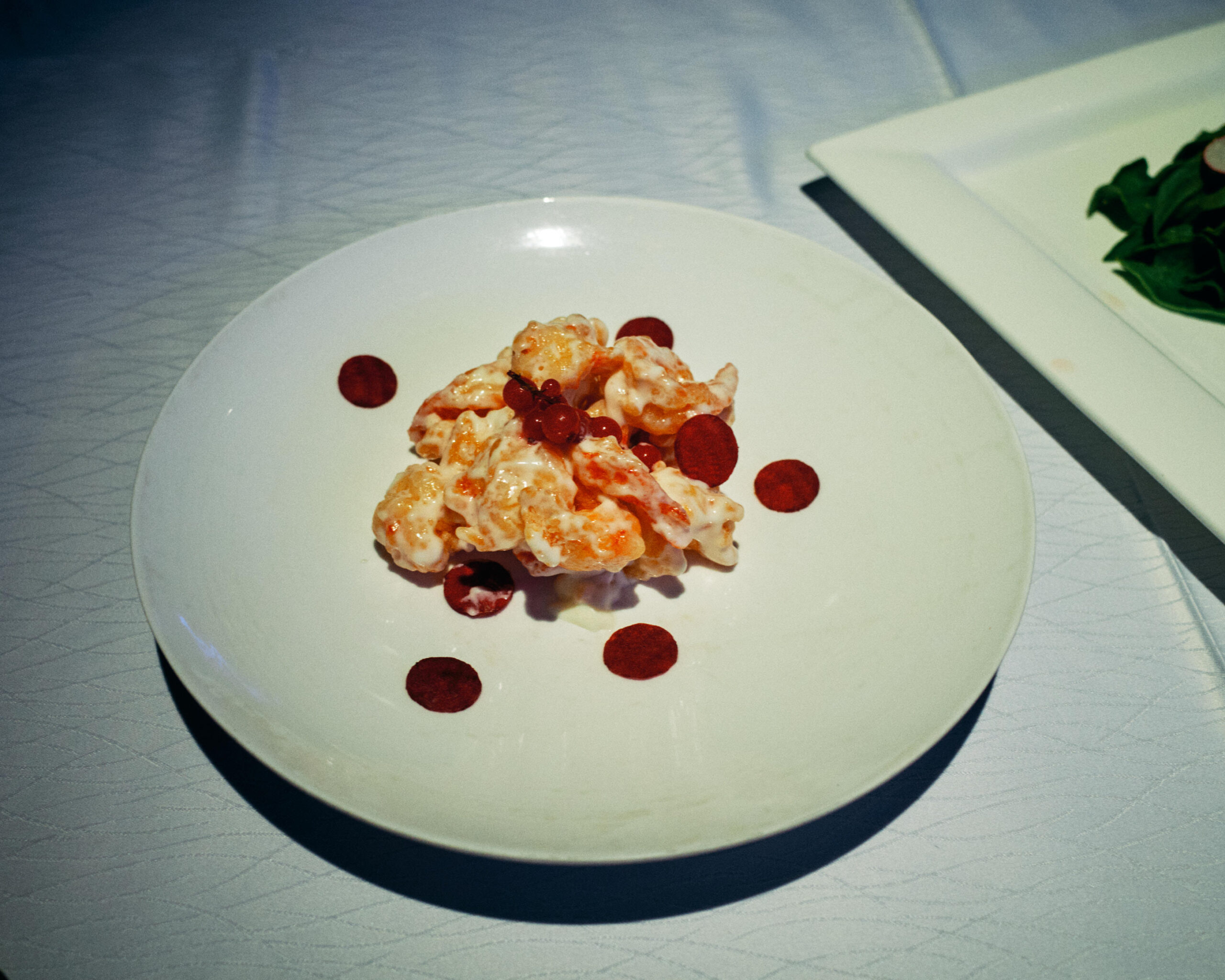 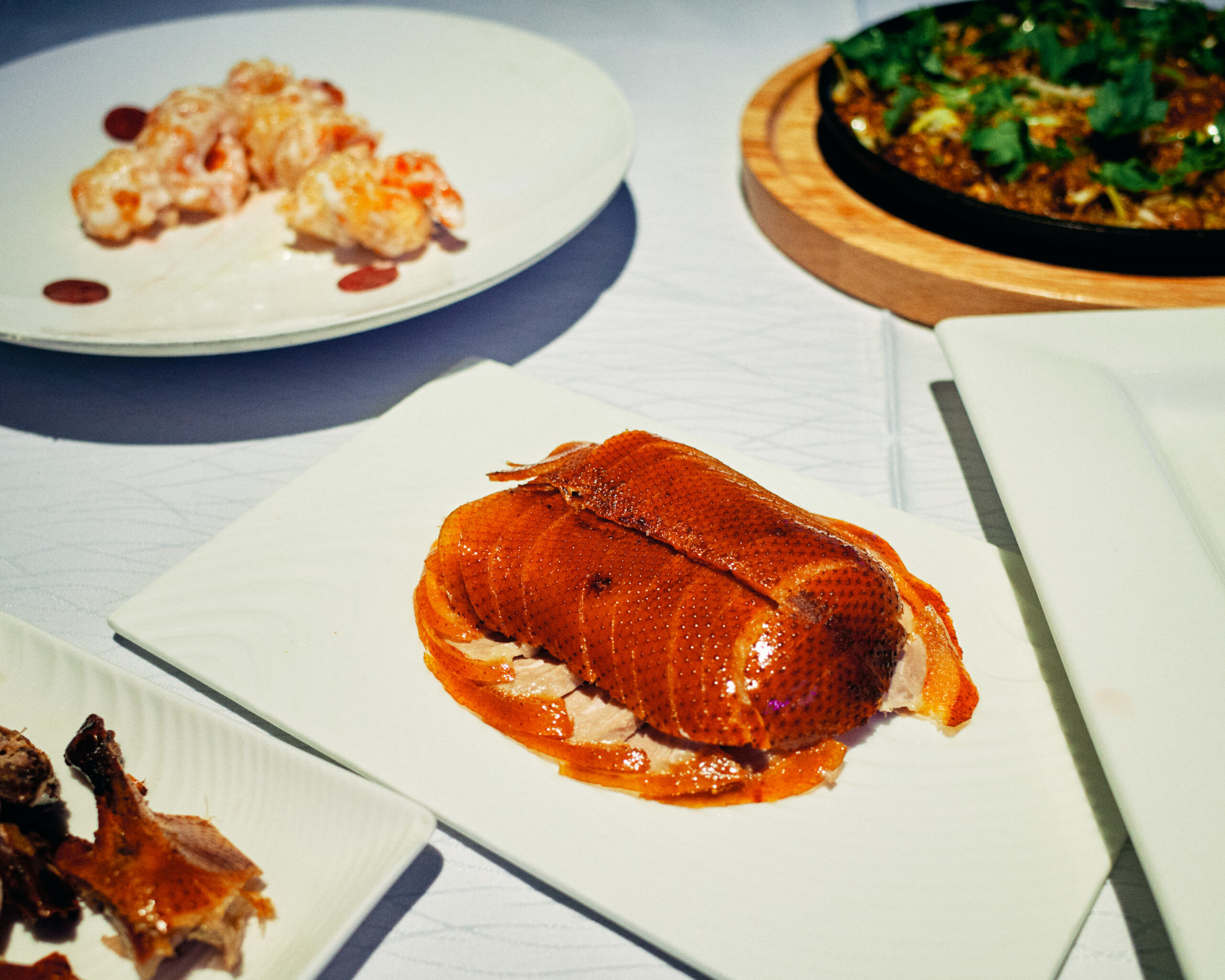 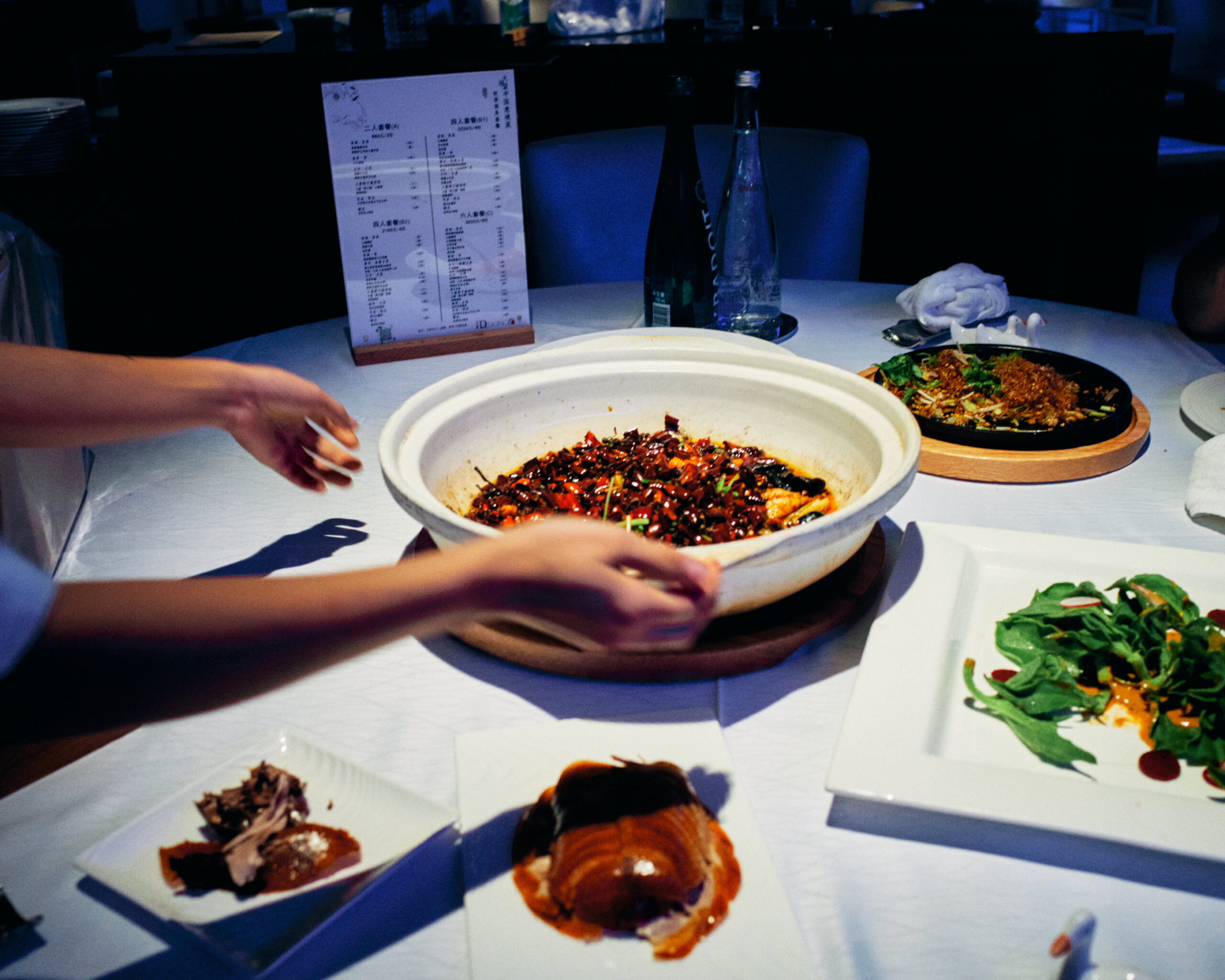