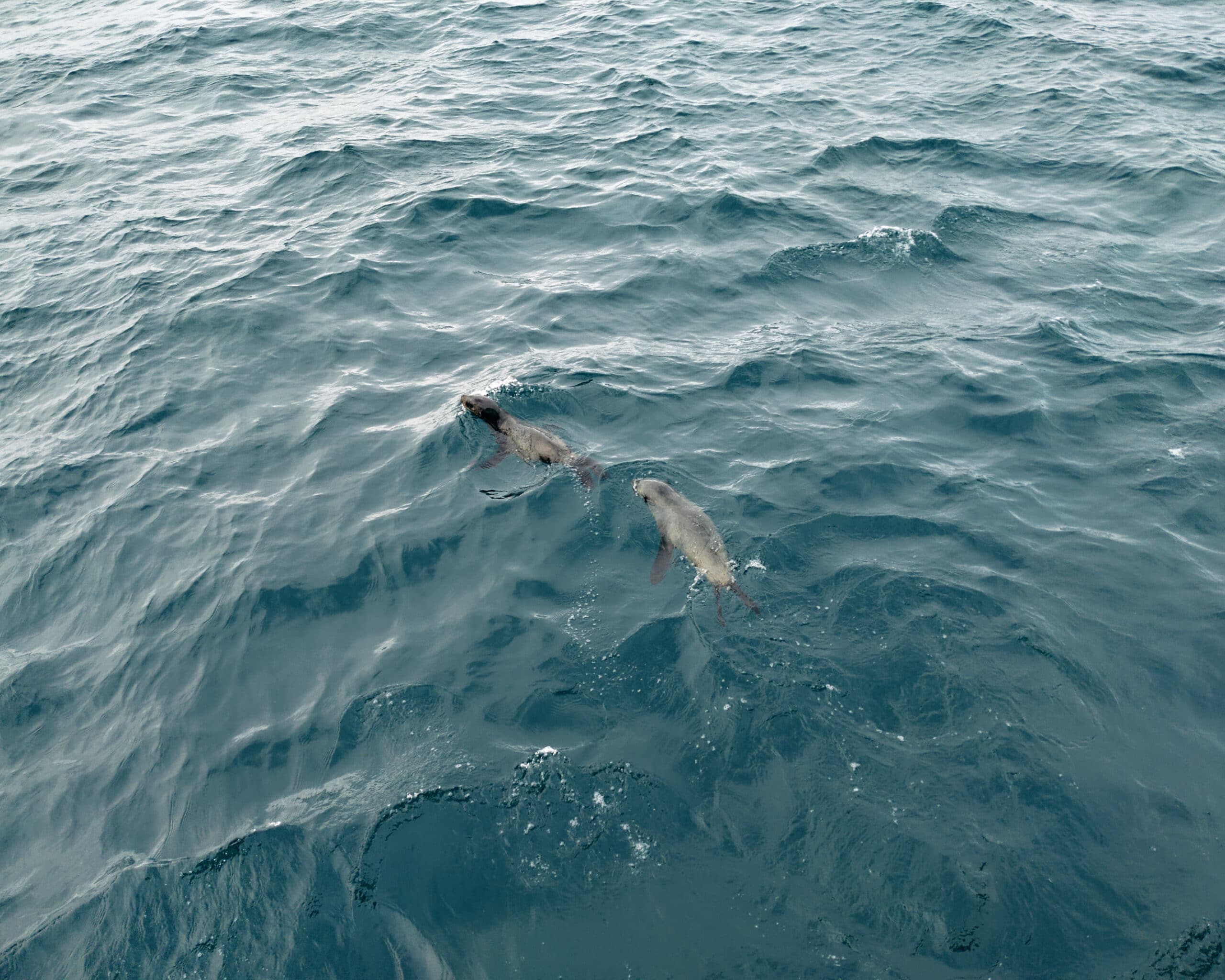 Now draw a line from the upper-left corner to the lower-right corner.

Then slowly rotate that line counterclockwise to fit into the upper-right and lower-left corner.

Now, imagine the rectangle as the window from my perspective, and the ever-shifting line is the horizon of the ocean.

I caught my thermal flask as it slid from the table.
I got you, filter coffee.

I’m a weak person in general – low stamina, low mental strength, lack of self-restraint.
Since young, I knew I’d be a terrible spy as I’d give up any information before the thought of torture even occur.

I expected to experience some motion sickness.

That’s why before boarding the cruise, I popped two anti-seasick pills.
I got you, motion sickness.

I offered some to Chika, she declined.

Unlike me, my wife is strong.

I thought to myself as I reminisced on Hana’s early years.
When she was 2-3, there’s always some toys, some colouring books, some distractions in a bag.

Unlike now, she’s feeling bored in the middle of a whale-watching cruise.

I said no in a harsh tone.

We’ve talked about this yesterday during penguin watching. Everyone’s trying to enjoy themselves.
Asking to go home is ruining the fun.
It’s also rude to be a wet blanket because mum had been looking forward to this trip for some time.

Besides, we’re in the middle of the ocean, there’s no turning back.

Maybe if I were a better father before, I didn’t have to be harsh after.

15 minutes later, I was holding Hana in my arms with a paper cup covering her mouth.

She’s gone quiet all of a sudden and we realised she might be the one experiencing motion sickness.

It’s ok, I said, throw up if you want.
Let it go, your favourite song.

She shook her head.

I removed the cup so she could breathe for a moment.

And that’s when she decided to let go.

Over my jacket. My only pants.

Mum rushed off to get more help and came back with a stack of vomit pouches.

I thought to myself as I wiped the vomit off her hat, her jacket, my jacket, the seat.

It never crossed my mind that my daughter would get seasick.
She’s always so healthy, so bubbly.

Yea, and also tiny, young, and allergic to nuts, you idiot.

At this point she was hurling into the bag, at least 500ml of liquid breakfast, coughing.

Chika asked me to trade places.

Good call, because all I could do was to give Hana pats on the back.
Plus I needed to sort my filth out.

And then, I saw it, in her eyes.
She didn’t move to care for Hana.

She wanted to face the ocean.
As she reached for my pills on the table.

Mum was feeling seasick too.

I shook my head as I stood up.

Realising I was the only pillar left in the family, I decided to dispose of Hana’s bag of breakfast and check with the crew.

Motion sickness is what happens when your brain receives incoherent messages from your eyes, ears, muscles, central nervous system, the lot.

Information is not syncing up, so the brain decides that the body has been attacked, most likely poisoned.

It calls for an immediate meeting with the liver and stomach.
The agenda – empty the stomach, get rid of the toxin.

As I waddle over the tiny counter they call a ‘bar’, I felt the cold sweat behind my neck, my back.
I caught a whiff from the oven – that mixture of grease and aluminium resembling airplane food, the musky wet carpet, and the pouches did something to my brain.

Or perhaps it undid whatever ‘Magic: The Gathering’ effect the pills had on my brain.

It started with a cough.
The cough gets rid of the stale air in the esophagus and also creates a vacuum to work against gravity, like a toilet pump.

And then the gate opened.

The filter coffee extracted from the reserved beans from Ecuador.

The tasting note of orange soda, passionfruit, herbal tea, and brown sugar, alongside half-digested scrambled eggs with scallops on toast, seasoned with acid and bile, at the back of my throat.

Along my nasal passage.

Luckily I had a spare vomit pouch, and I just made it in time to be out of the deck for some fresh air.

One of the crew came and took my bags away.
A look of sympathy.

I wanted to explain only the small pouch was mine; the big one belonged to my daughter, but that was just textbook pettiness.

The fresh air did help.
But the antarctic cold did not.

What did I do next?

I went into the toilet and emptied my bowels, the other way.

As I returned to my seat, I became one of those inflatable tube men at the parking lots – arms flailing, wacky waving, fully transparent.

Consolation: we weren’t the only ones feeling shit.

If you didn’t know, you’d think we were filming a war movie on the ship – the beginning of a biological weapon attack.

Clinging onto the vomit pouches like oxygen masks on a plane.
I saw Chika holding onto a half-filled pouch of her own.

I checked the time.

We’re not even at the halfway mark of the cruise.

We arrived at the seal rocks.
Hundreds of seals, mocking us.

I … cared enough to take a video of some seals.

My rational brain was trying to bargain myself out of the situation.

My lizard brain, the fight-or-flight brain, on the other hand, was having a ball.

Haha, you paid how much for this??

Instead of kinder, you signed up your daughter to 4 hours of motion sickness.
How idiotic can you be?

Haha, this is funny, because Motion Sickness is the name of the Auckland Agency you shot for. You just spoke to them last week!

You pussy, look at all those people sitting out there feeling fine.
If you’d lose some weight, if you were healthier, maybe you won’t be so pathetic.

Seriously, has it not crossed your mind that this would be a bad idea?

Oh, PS best birthday ever for your wife.

Do you think if you get enough people to complain, we can turn back RIGHT NOW?
Do it.

Religions like to portray hell as a place of eternal physical torture.
I always imagined the ultimate torture is being stuck with my worst enemy – me.
If it’s up to me to design the place, eternal torture would be motion sickness, paired with a constant rerun of all the most embarrassing moments in my life.

I sat with my legs on the seat, eyes closed, the cold wind penetrating my socks.

Like a character in a Haruki Murakami novel, my subconscious wandered off and went digging for a well.

” Only when you exhaust yourself physically and mentally, the true path will reveal itself to you. ”

I saw it, the gloss, the sauce, the dark soy, thin noodles, with charred proteins, prawns with the tail shell intact, some carrots and greens, the slight smear on the plate, I could almost taste the kansui on the bite of the noodles, the crunch of the bean sprouts.

In the midst of my suffering, I had a craving for fried noodles.

Can you believe it?

I didn’t want anyone or anything.
My mirage of life was just basic fried noodles.

At the same time, the crew started serving their ‘freshly made lunch’ of roasted potato, sour cream, cheese, and bread rolls.

I showed them a middle finger, using telepathy.

Some dolphins leaped out of the ocean, but it could be a hallucination.

No photo, no proof.

I brought my ‘work horse’ camera, but it stayed in the bag the whole time.

In the end, we did not see any whales.

The website states that whale sightings happen 80% of the time.

We were given a 50% discount voucher for the next trip.

Motion sickness for half the price?
Bargain.

The rest of the afternoon Chika and Hana built a fireplace and ate marshmallows and corn at our accommodation.

I went looking for Chinese food in the town of Cowes and none were open.

I watched Peter Rabbit and Winnie the Pooh with Hana.
Her first full-feature DVDs.
A bribe, reward. Atonement.

For the rest of the trip, we decided to live in the moment.

On our way back home, I added a crayfish to our fish and chips.

Chika did not object.

I don’t think I’ve fully recovered from that seasick.

I’ve been avoiding filter coffee since, unsure if I can finish that bag of $30 beans.

Took a tram to the city yesterday, had to get off after two stops, and walk the rest of the way.

I can’t find the noodles that match the vision I had on the cruise.
They’re either the wrong type of noodles, too dry, or too saucy.
Maybe I have to make them myself.

The moral of the story is,  nothing in real life will ever match the definition of a 4K video camera with telephoto lenses.
The penguins, seals, and whales on Netflix, narrated by Sir Attenborough, that’ll do.

What amazed me, at the end of the day, was that we went through the whole ordeal as a team.

Hana was miraculously understanding.
Instead of my projection of her losing it in the cruise, crying, and demanding to go home, she simply switched off and on like an android.
I don’t see any resentment.
Yet.

In the old days, I would’ve made some backhand, snark comments to Chika, a combination of ‘I told you so’ or ‘I knew touristy stuff suck’.

Maybe, it’s just old age.
We were just too tired to be upset.

There was a mutual understanding that we just needed to get through that cruise together.

No one was at fault.
Yet, it was all our fault.

“Let’s not do this again,” I remember saying.

“At least this will make a funny and unforgettable story,” Chika even said, ” people love stories of misfortunes.”

We walked away from the jetty not with a life lesson; but an understanding that what doesn’t kill us, probably will kill us next time.

And a stomach detox.

Do Singaporeans dream of Singlish sheeps?