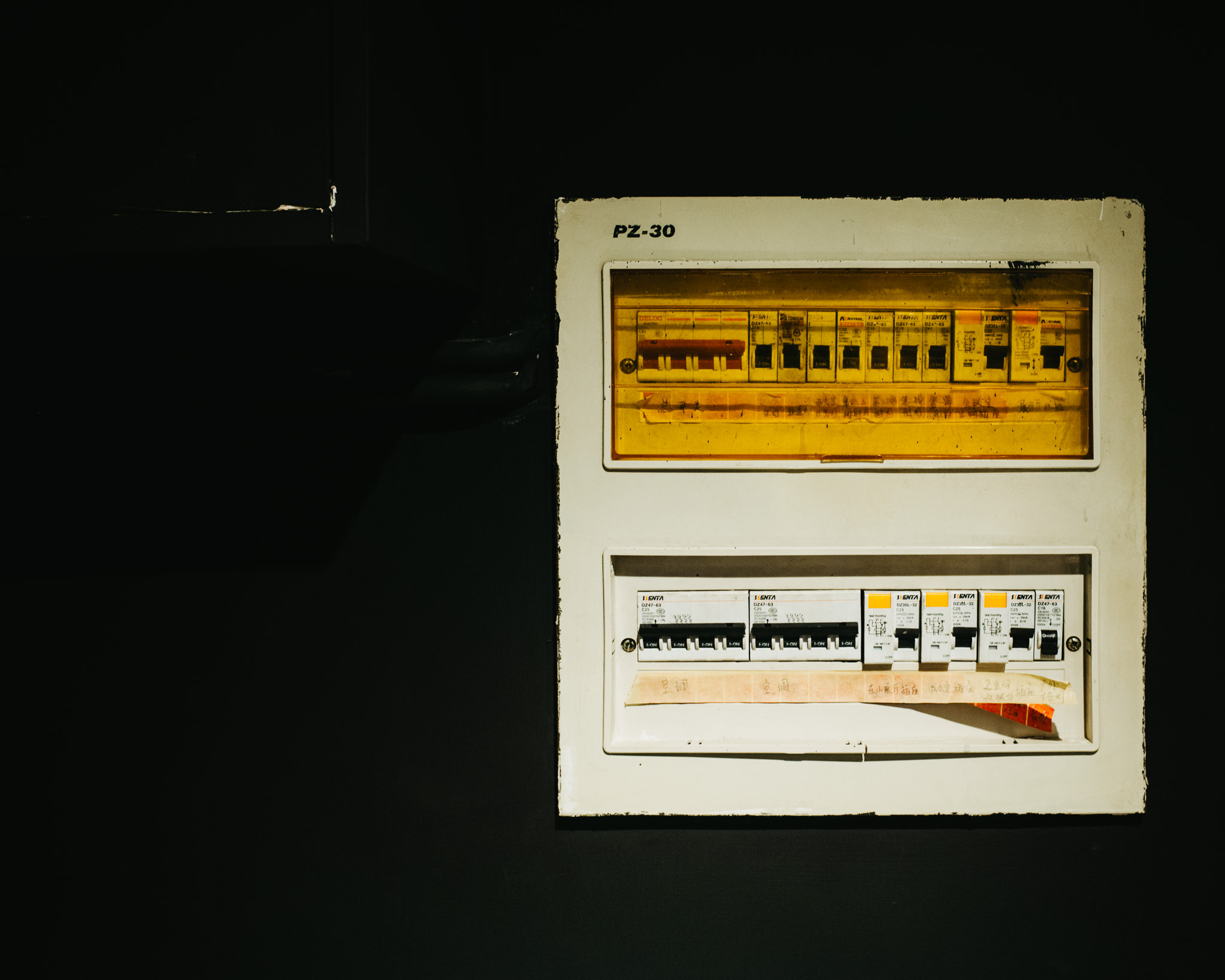 I was cycling in the middle of Shanghai.

Motorcycles were coming from the other direction on the same lane.
A kid cut me off on an electric skateboard.
Eight lanes merged into three like it was meant to be.
An old man had all of his eggs in three milk crates tied behind his bike without cover, in peak traffic.
Two dudes started chatting while we waited at an intersection like it was their usual meeting spot.

No helmet, no rules, running on pure survival instinct.
It was liberating.

It’s what I imagined cycling should be – the wind across my ears, no spandex, no frills, no judgement.
If someone made a mistake, cyclist and motorists went around and merged again.
Like water.
My feng shui birth element.

Nelson checked up on me from the front from time to time, only to see me cycling with one hand, and videoing with my phone with the other.

It’s crazy, but I have come to accept the fact that everything in Shanghai is about short distance dashing.

I once read that the no.1 question all new students want to know about photography is: ‘how do I achieve a DSLR effect on my phone?’
I had a feeling the students were going to turn up with their smartphones as their cameras.
So I decided to focus on the intention, rather than the technicalities of photography

At noon, we delivered the books for the launch at Brownie the next day.
For reasons I can’t recall now, we decided to load the books in our backpack and go bicycle.
Maybe it was for my own good, I think Nelson just wanted me to experience cycling in Shanghai.

And I thanked him for it.
I felt like it was something I was born to do.

The thing that turns me off riding (or driving) in Melbourne is that everyone is so fixated on who’s right or wrong.
Even when it’s a two-second pause in front of the green light, you get a middle finger.
On top of all the helmets, the florescent vests, the military-grade LED lights to blind everyone, it’s still not enough.

Shanghainists just want to get from A to B.

The day before, Tim told me about a car crash he saw.
The drivers got out, assessed the damage, and simply agreed on an amount and settled with WeChat pay on the spot.

So, maybe it’s not that Asian drivers are reckless, perhaps is the non-Asian drivers who can’t adapt and think on their feet.

Anyway, I saw the old house of Chairman Mao in the middle of a shopping district.

I asked Nelson to take a photo of me on the bike, as much as I hate having my photos taken.
That’s how much I enjoyed the experience.
Perhaps, for my daughter to see one day.

We stopped by a dog-friendly cafe for some late lunch.
I had fried chicken waffle prepared by a white chef in the kitchen.

We went back to the French Concession to buy some souvenirs for my girls.
I decided on some coasters made from old Chinese clothes.
I almost bought a kid’s apron for Hana but dismissed the idea, because she would grow out of it within a week.

We were in a modernist furniture shop, one that could be anywhere in the world.
I was intrigued by a coffee set and asked for the price.
The shop assistance could not give me an answer.
I asked why were they on display then and they could not give me an answer.
Shanghai – so cutting edge they sell products from the future.
They later sent Nelson the price via WeChat, but the impulse to buy was all gone, what’s left was a joke that I was interested in a $500 coffee set.

Shanghai likes her artwork shiny.
I’m not talking about the actual art, but the mounting itself.
Everything had this glossy reflective glass on them, like your 80s photographs.

We were in this gallery and the thing the only thing I liked was an installation art, which I later realised was an electric switchboard.
And one giant artwork which I thought was a Jackson Pollock rip-off, until I realised the pattern was made from bicycles scraps.
Perfect fit for the day.

It was pitch dark when we got back.
We stayed up working on the workshop.
Dinner was something to the equivalent of uber eats.

The day felt like a filler episode, but at the same time, most memorable. 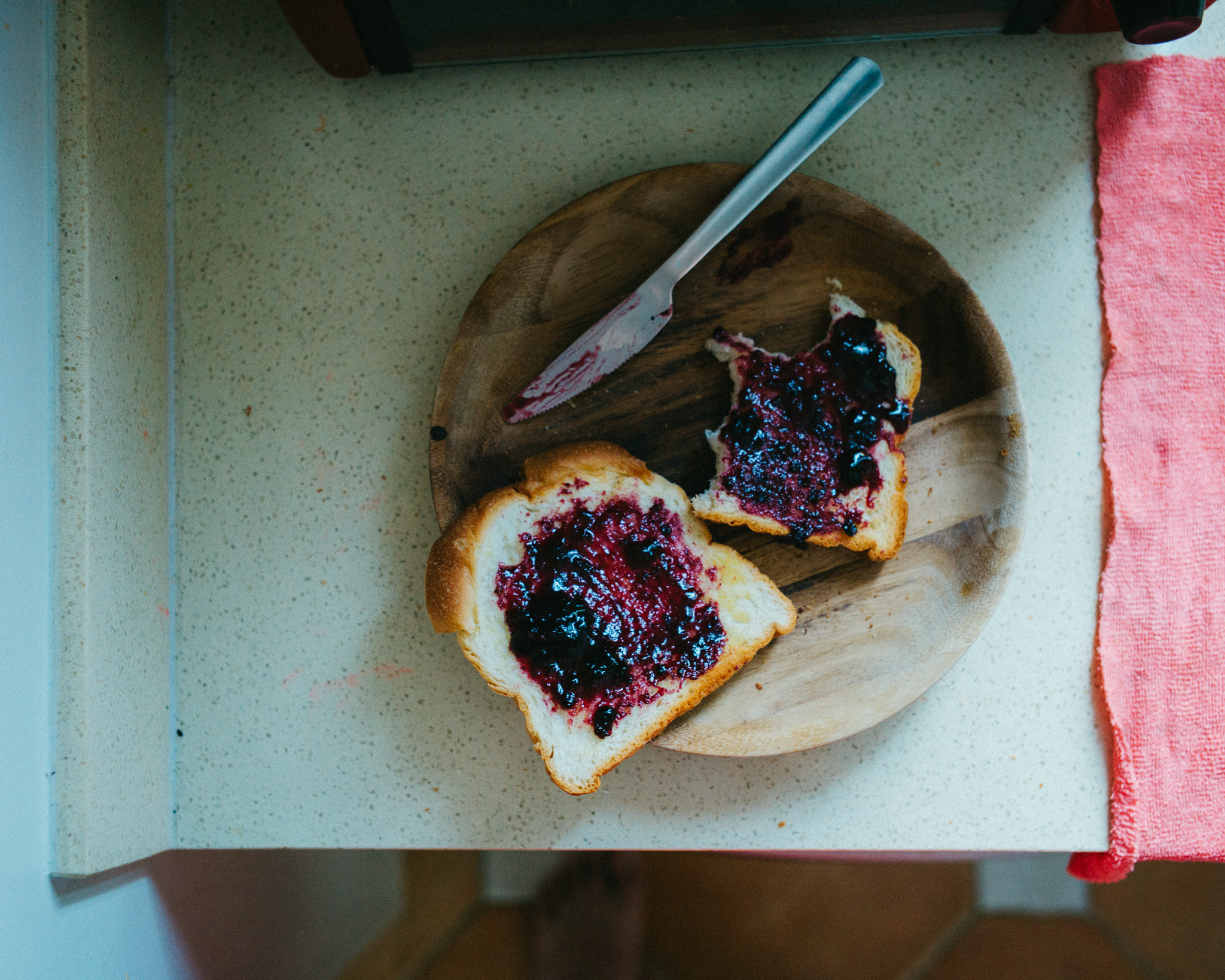 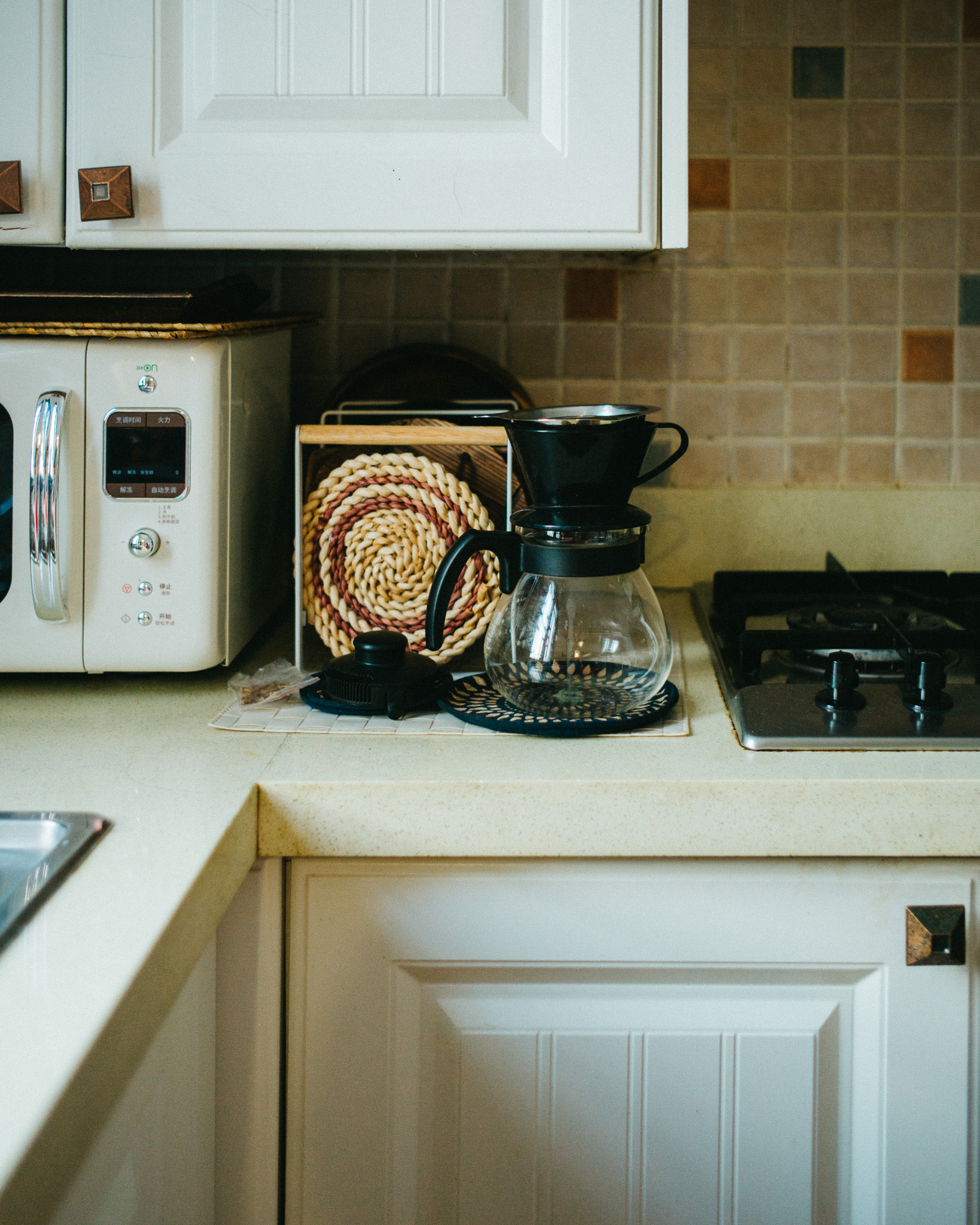 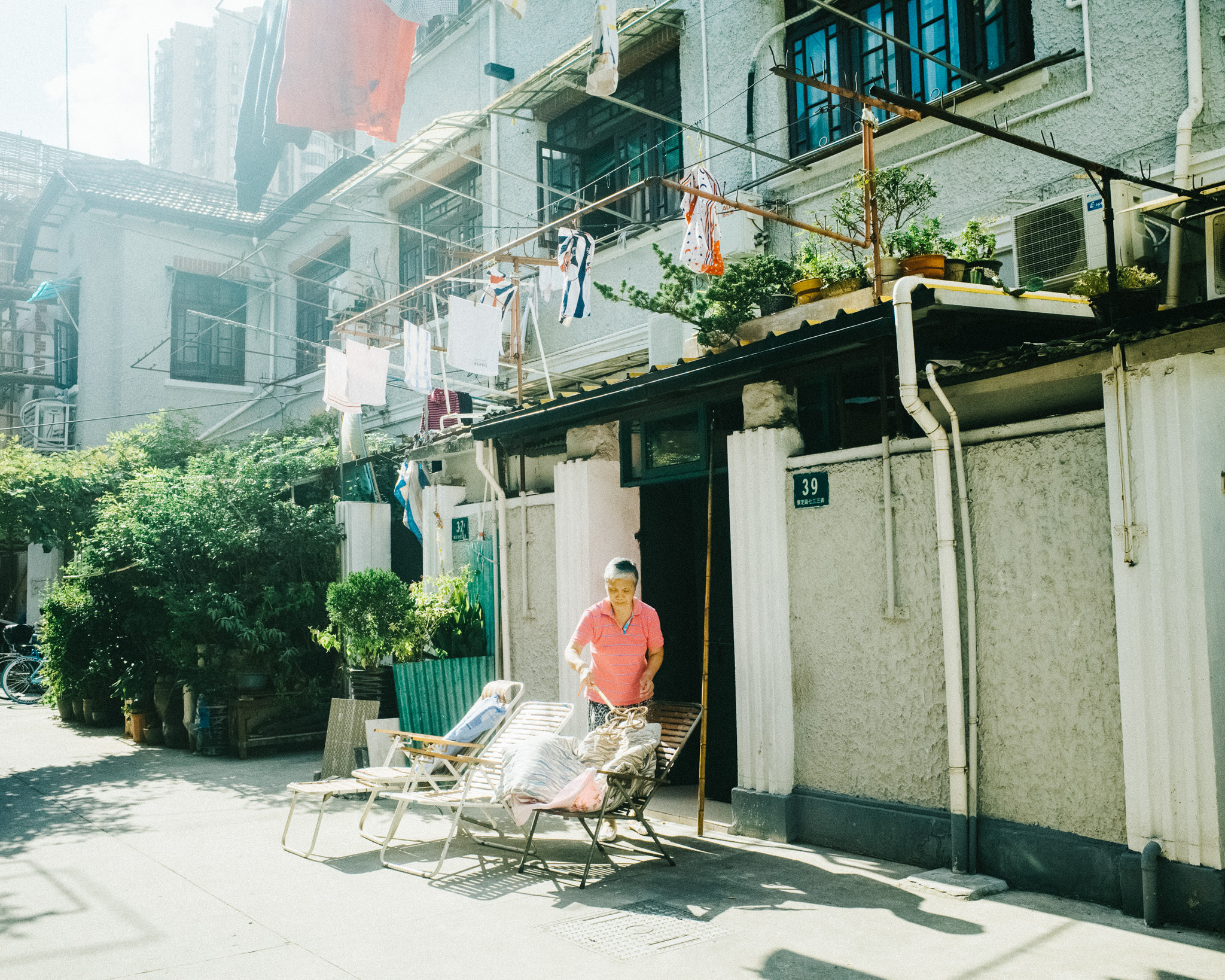 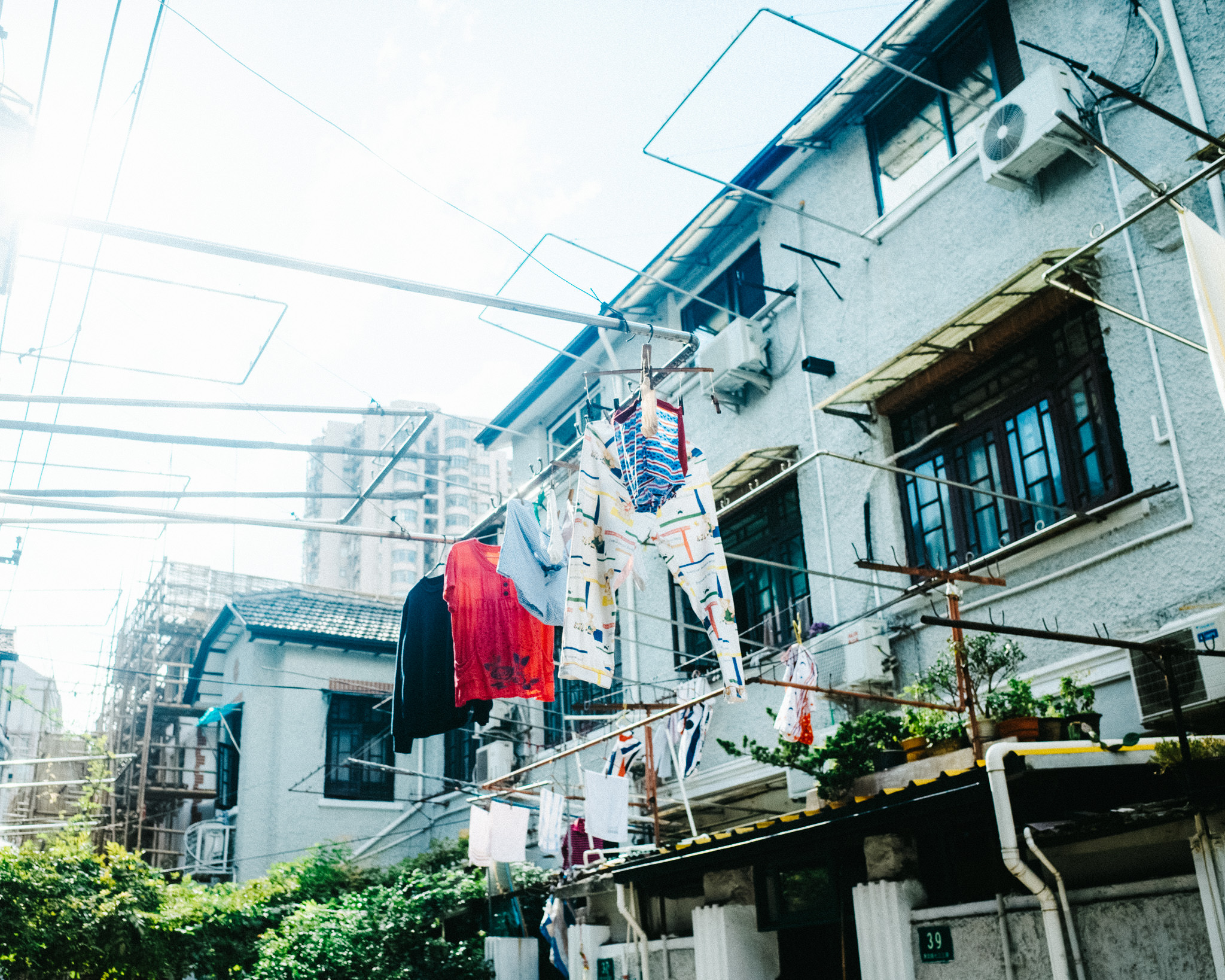 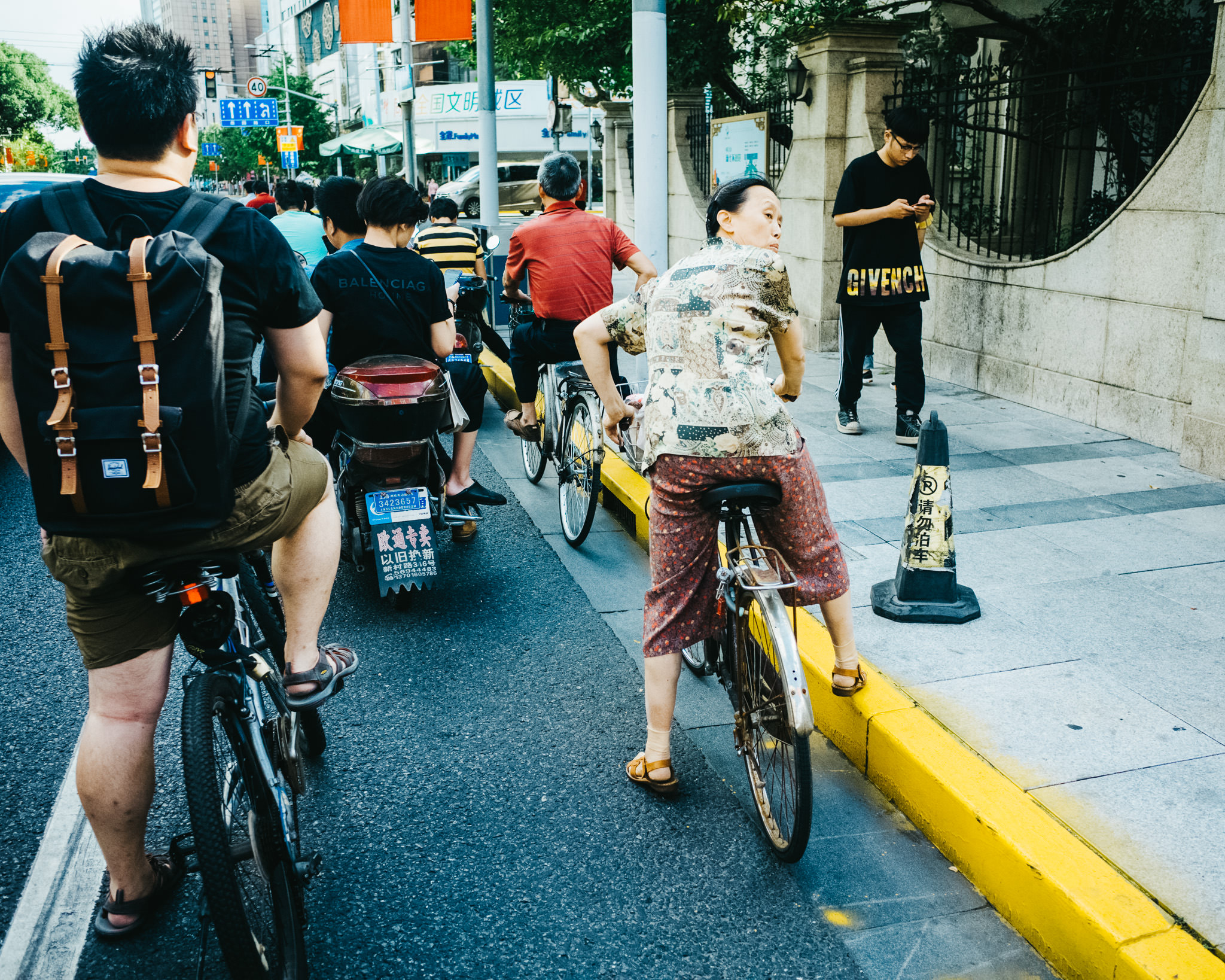 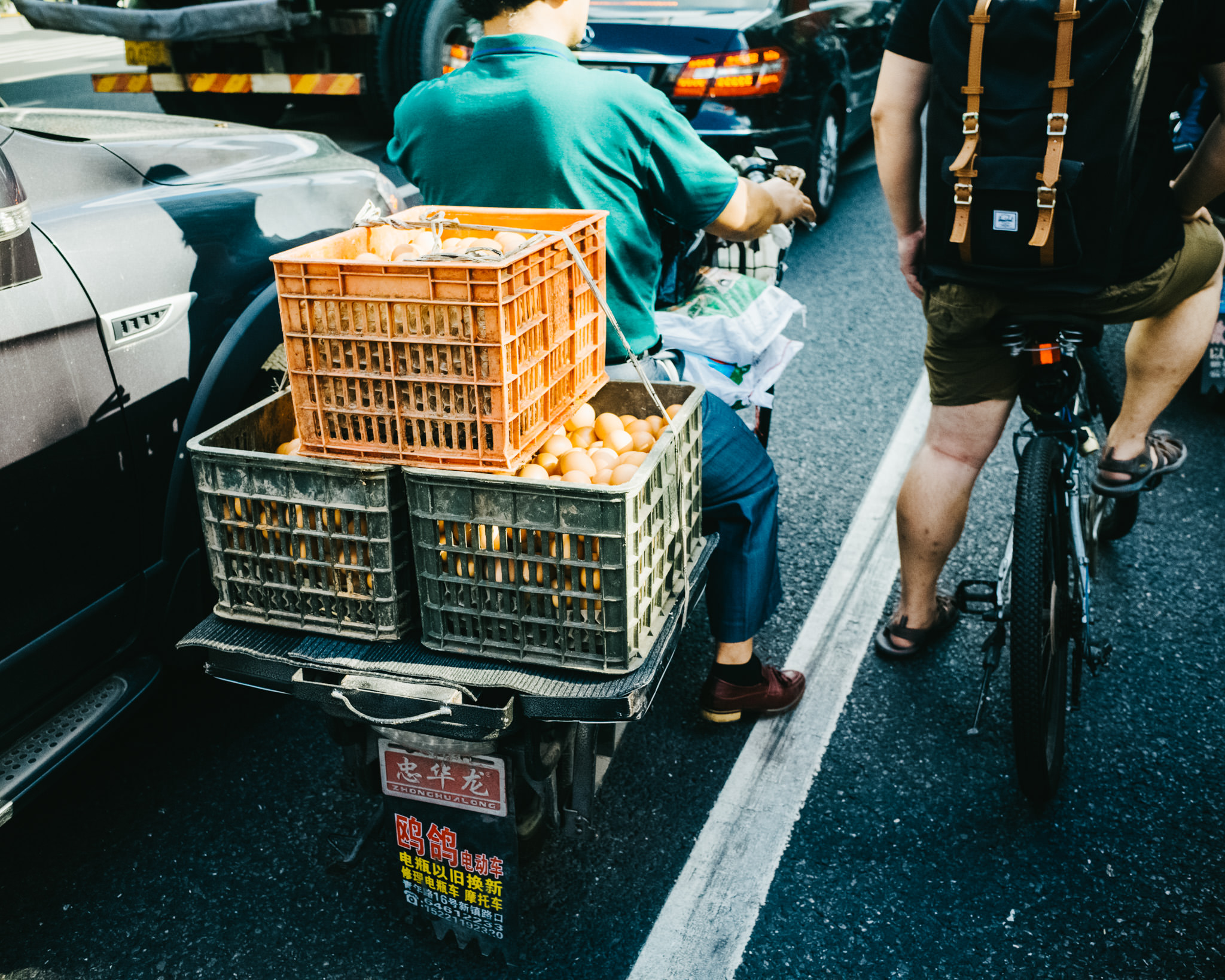 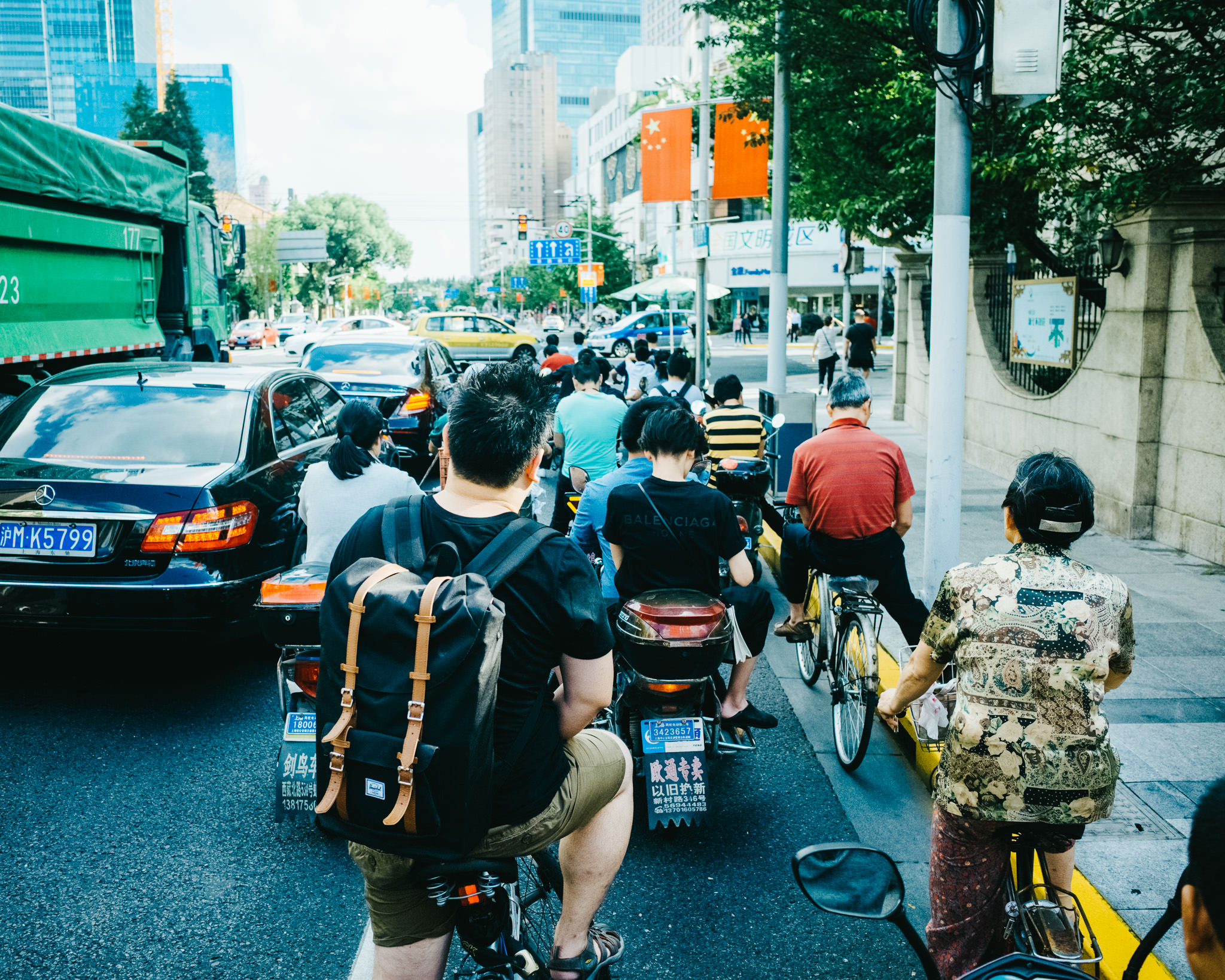 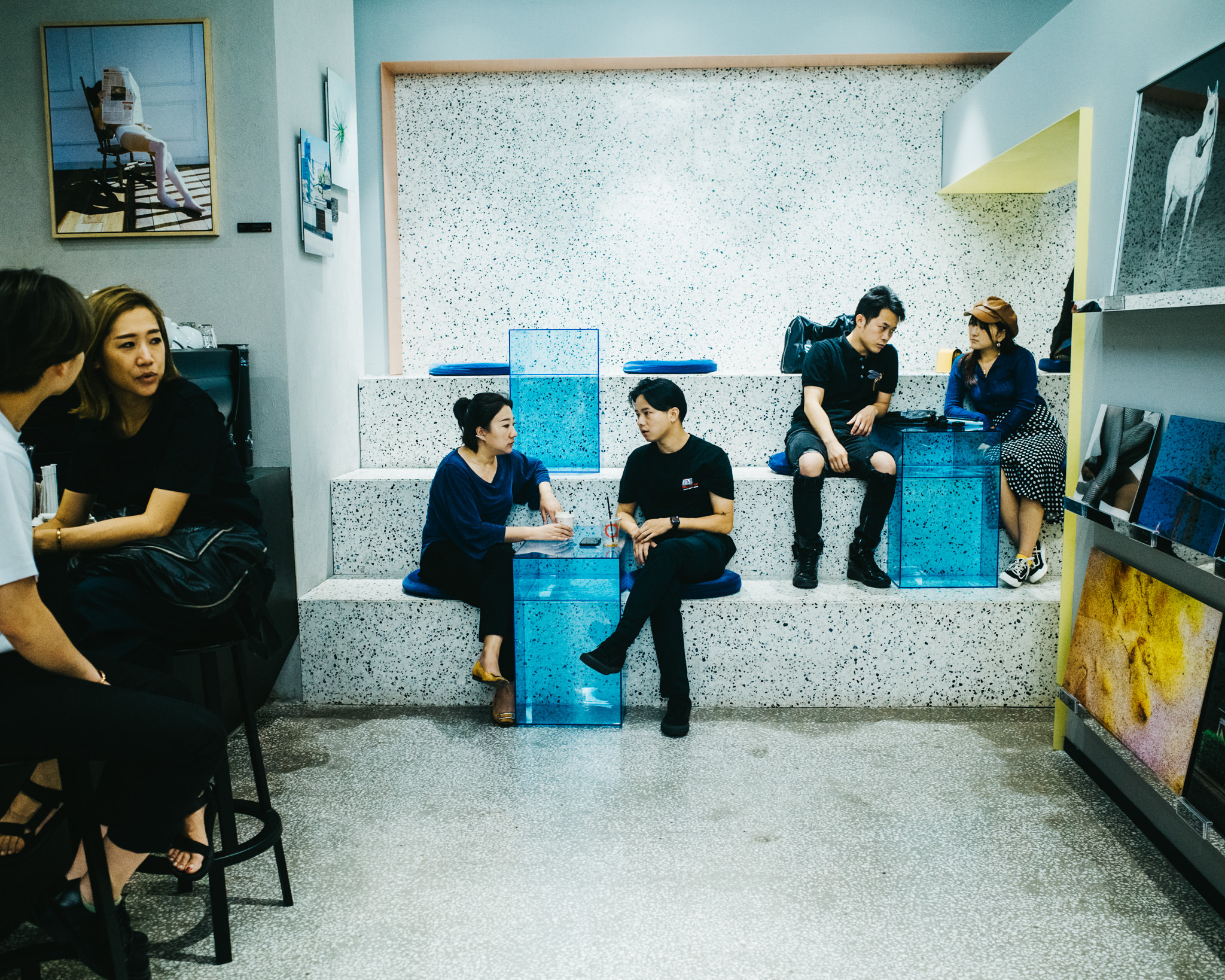 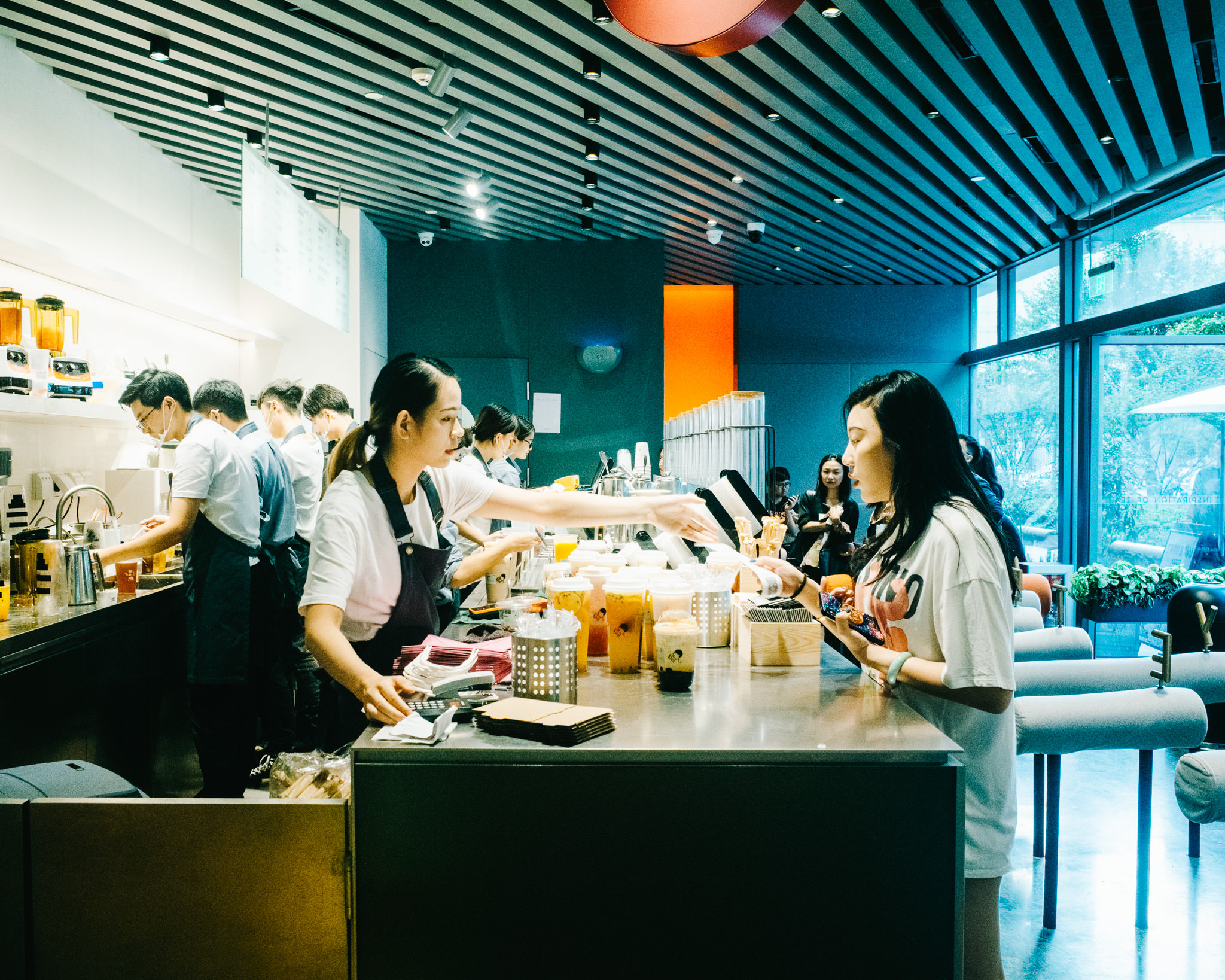 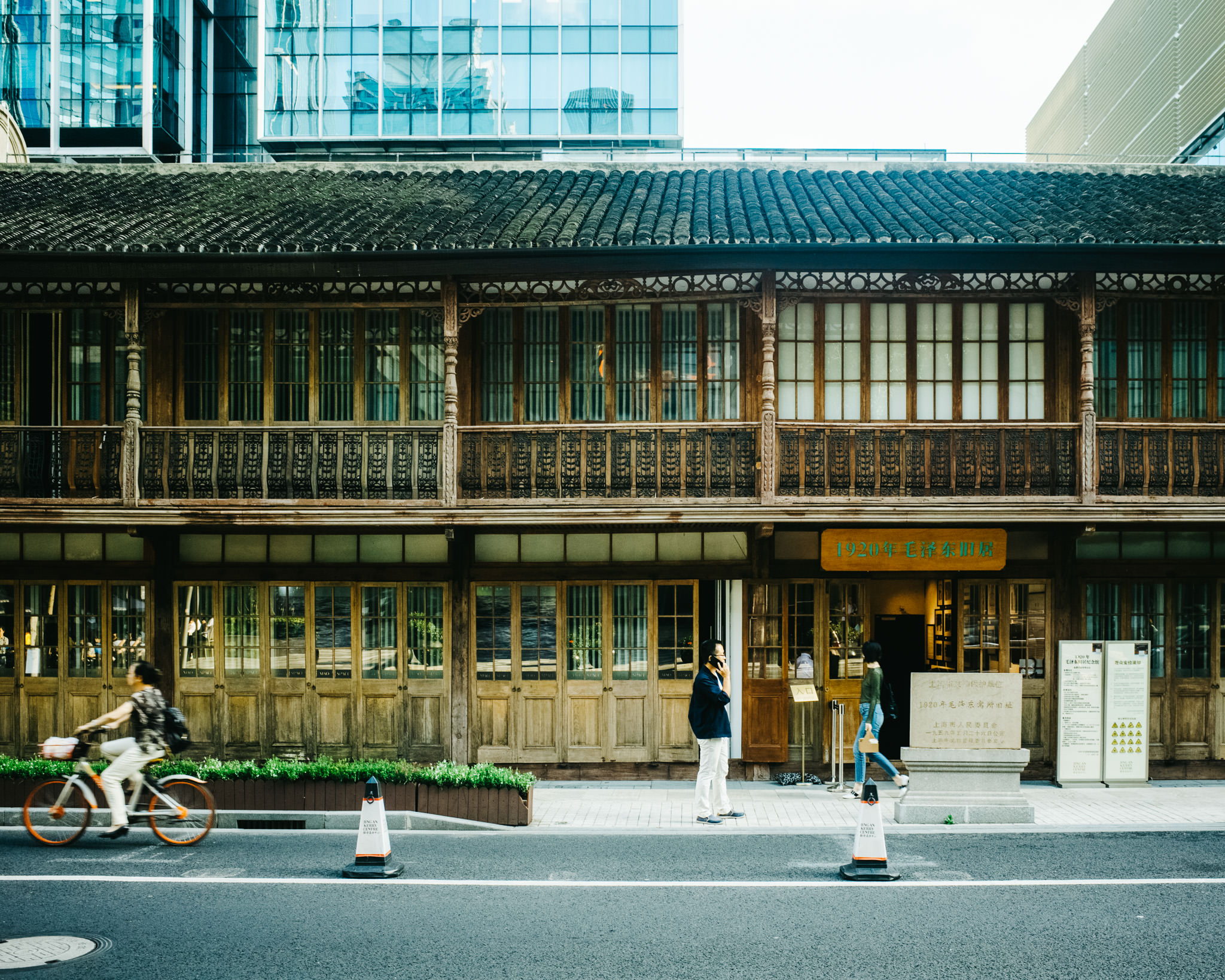 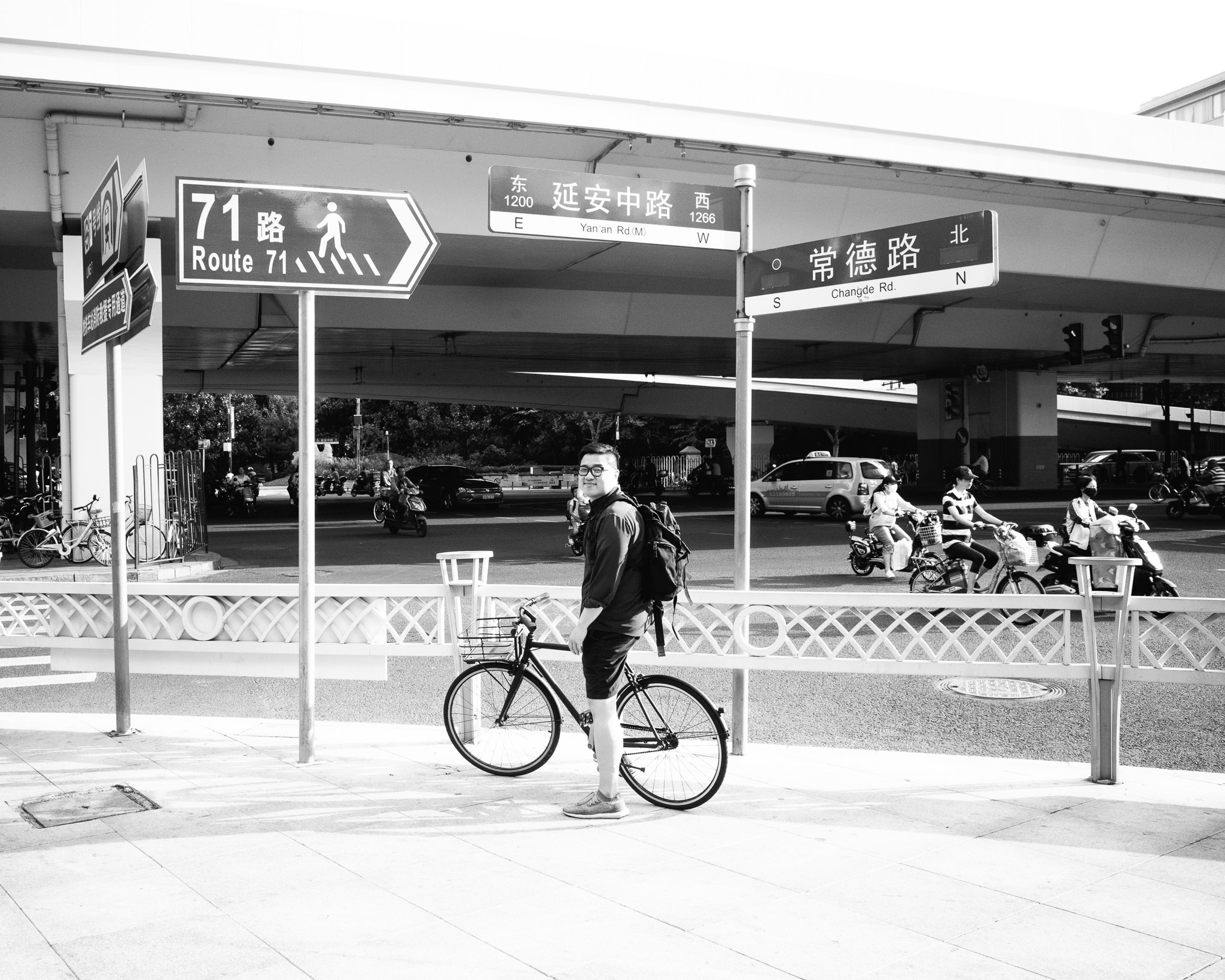 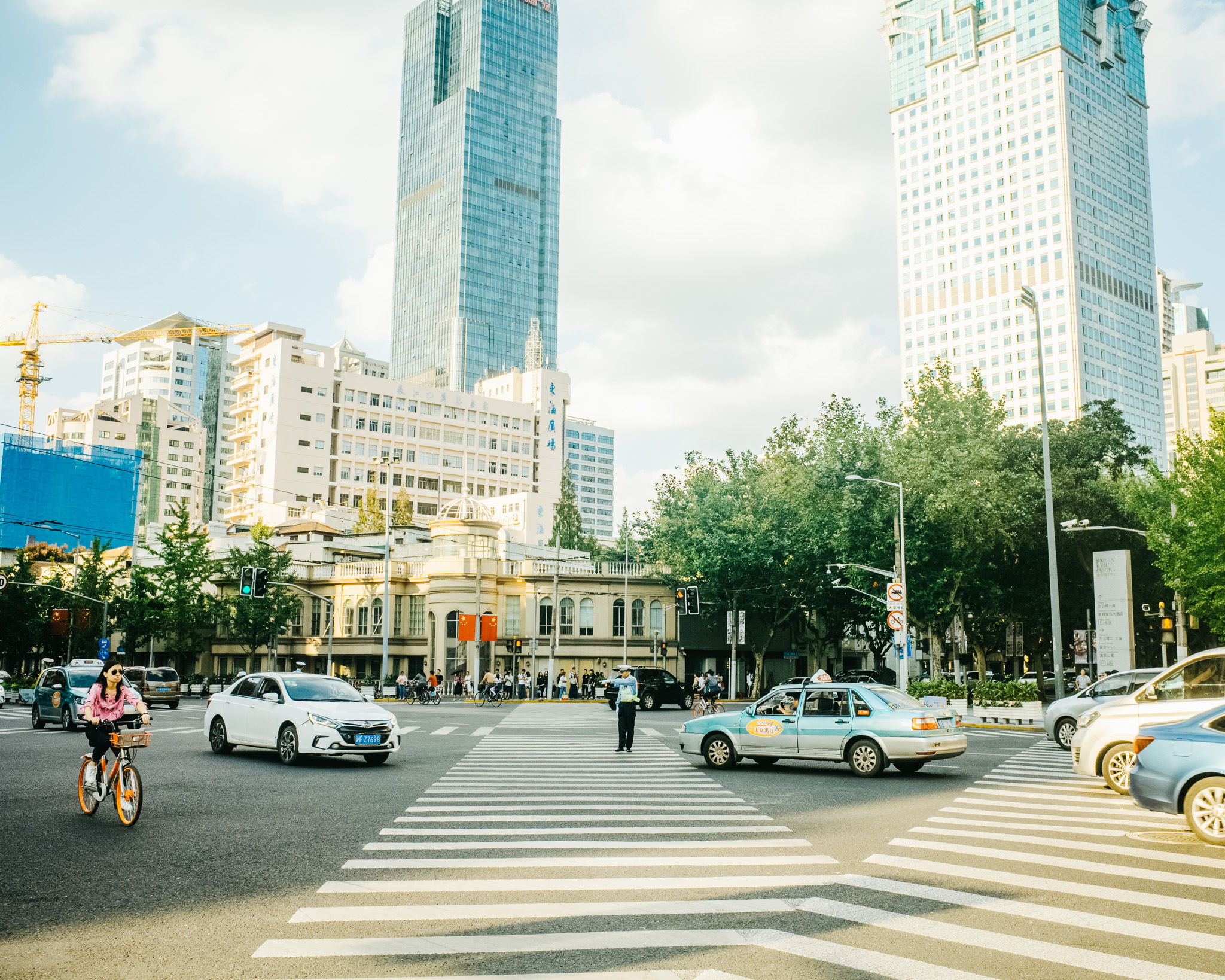 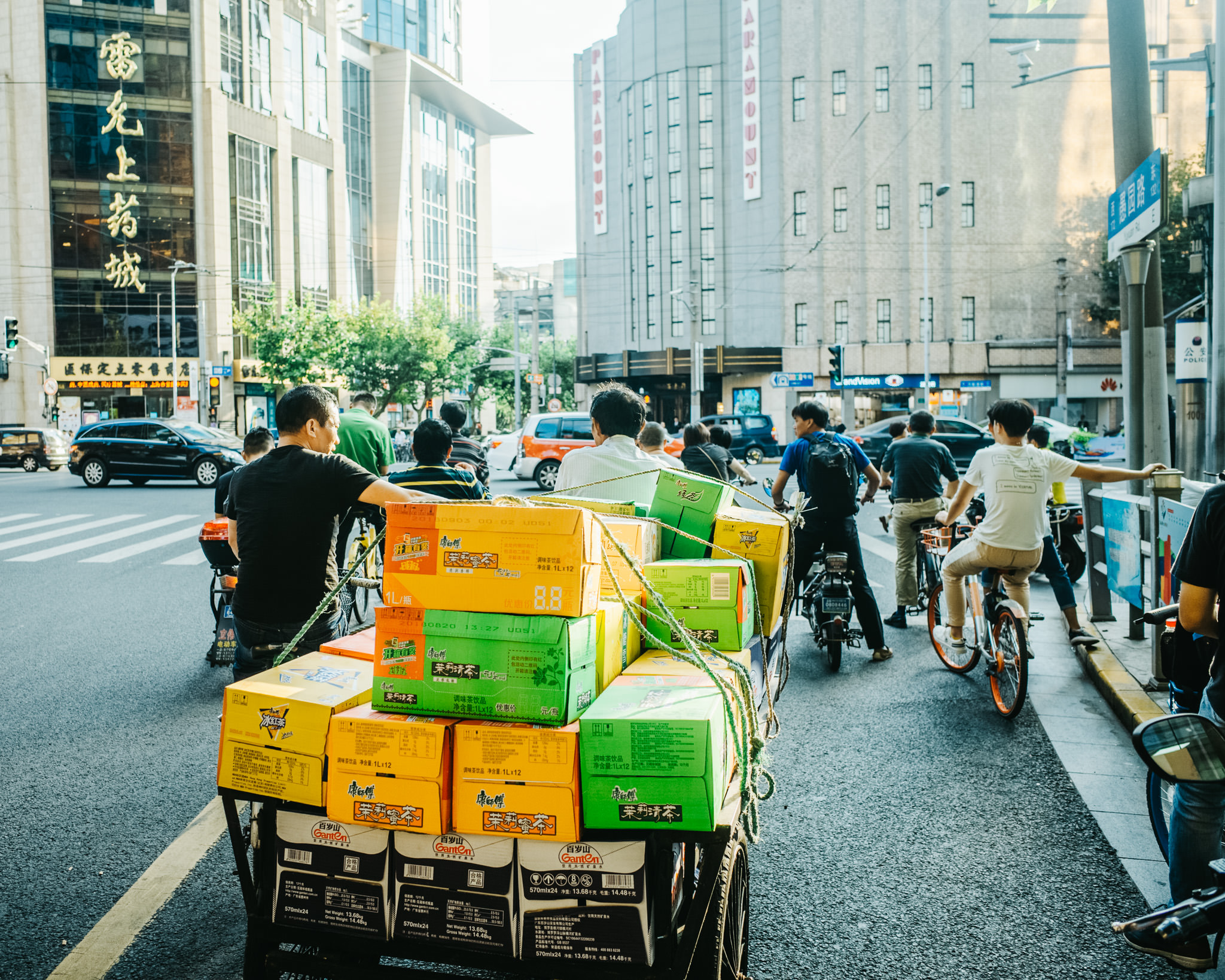 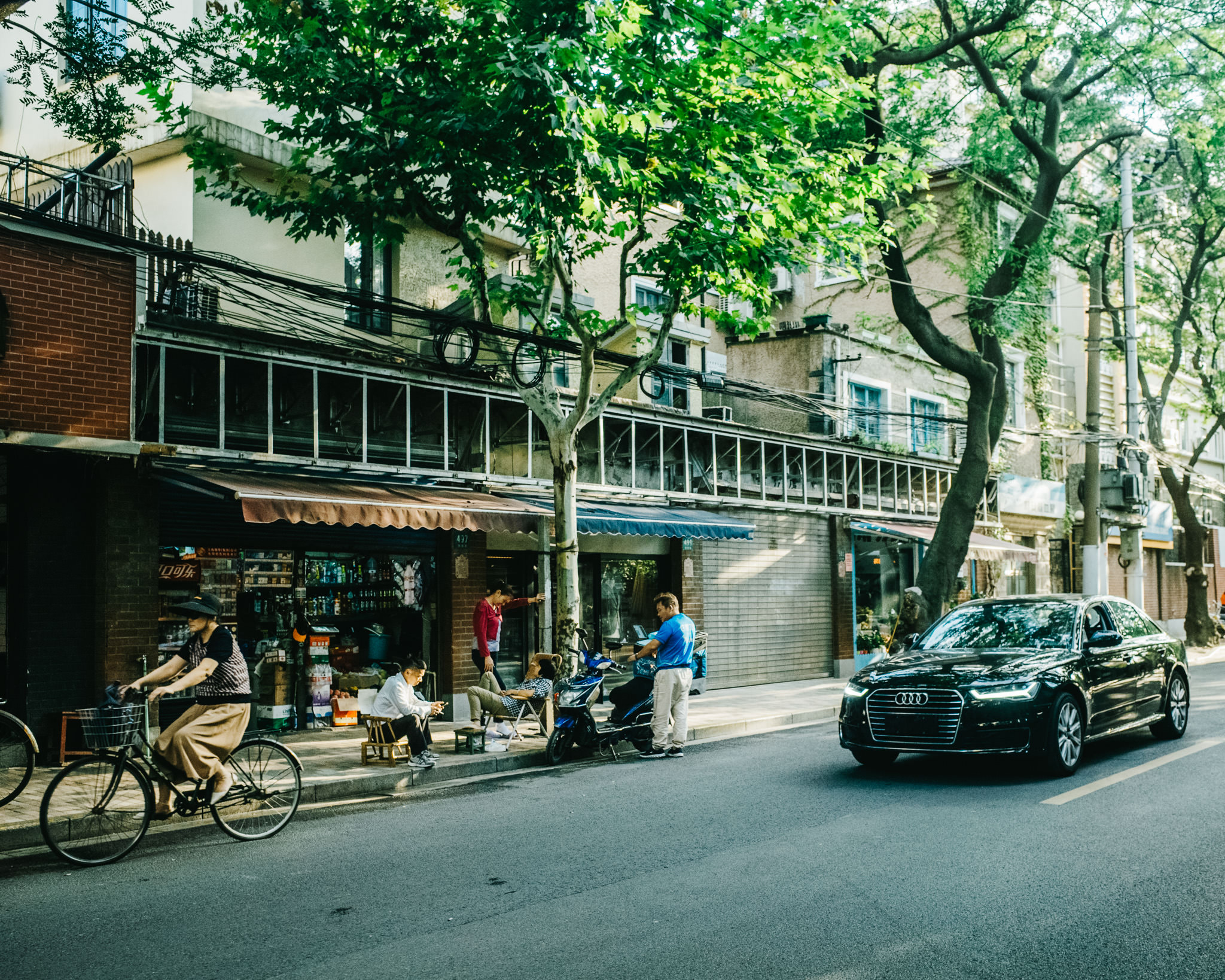 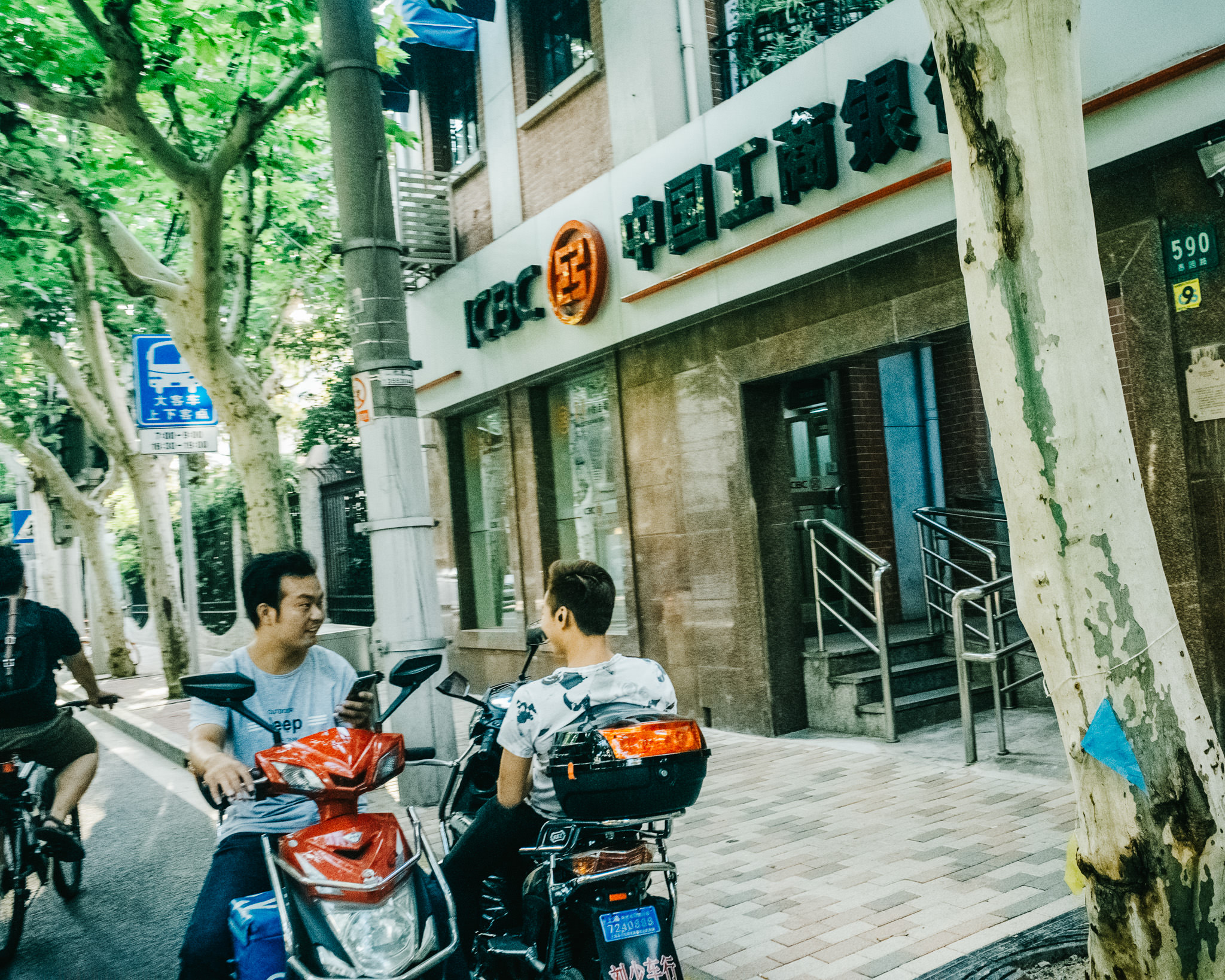 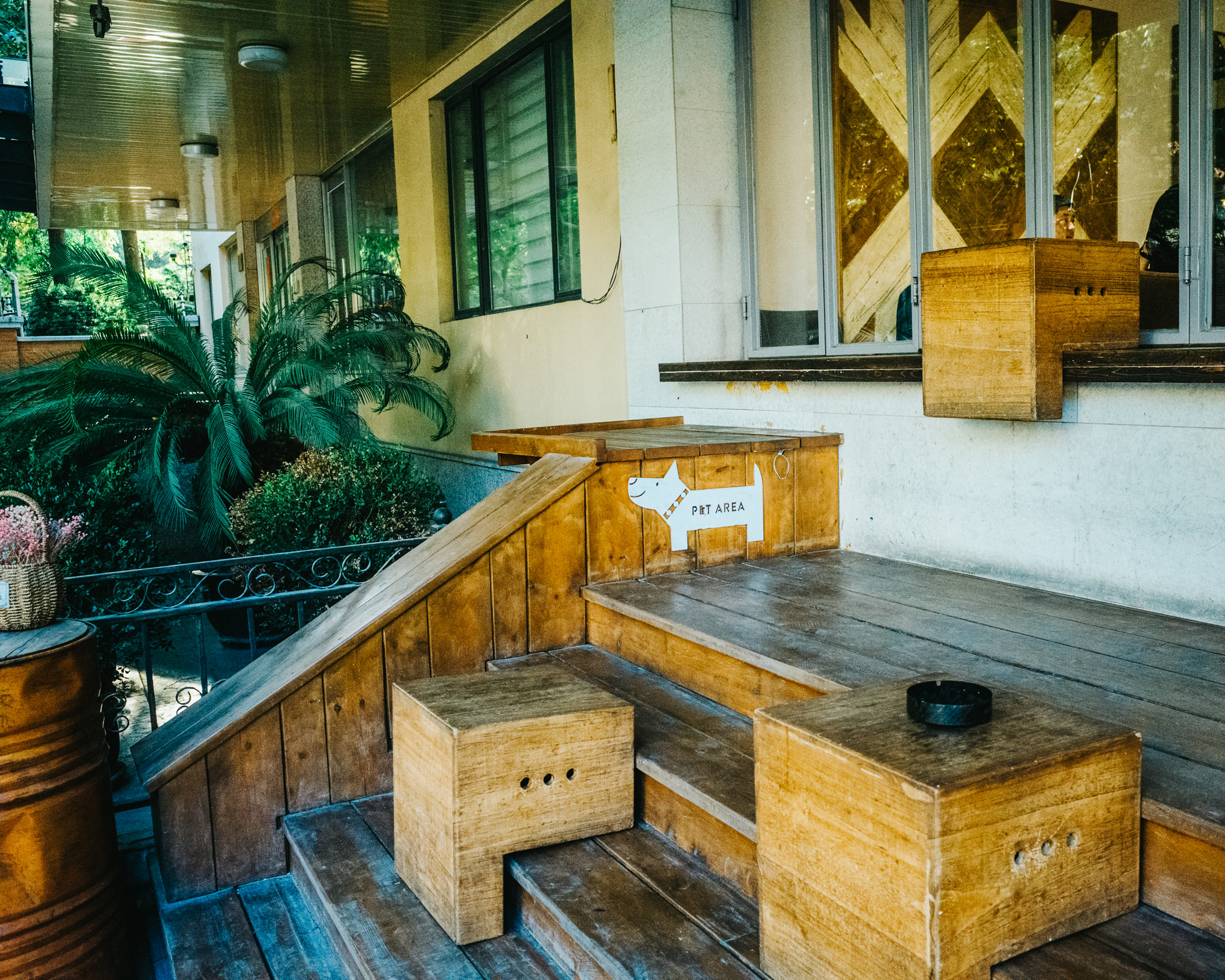 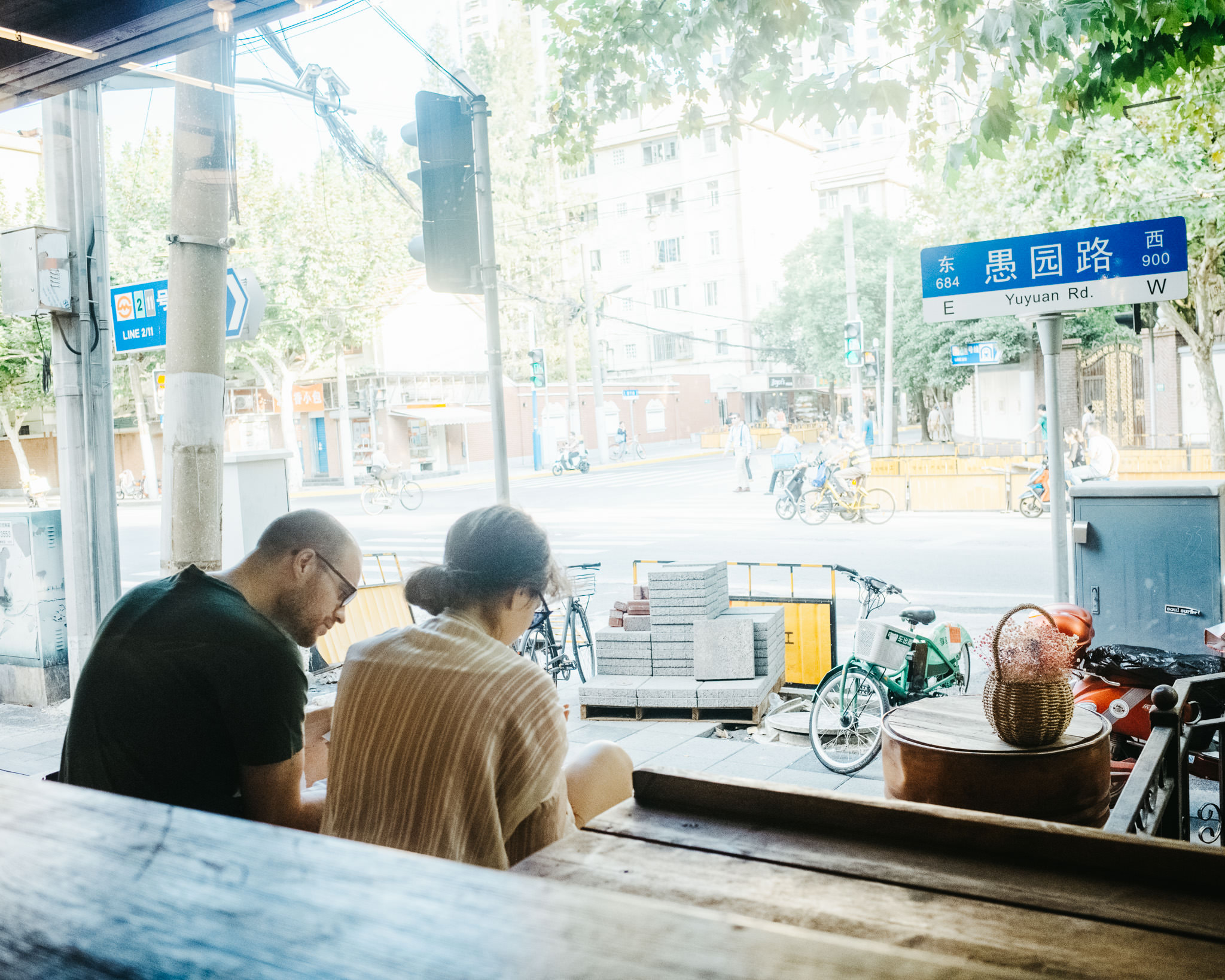 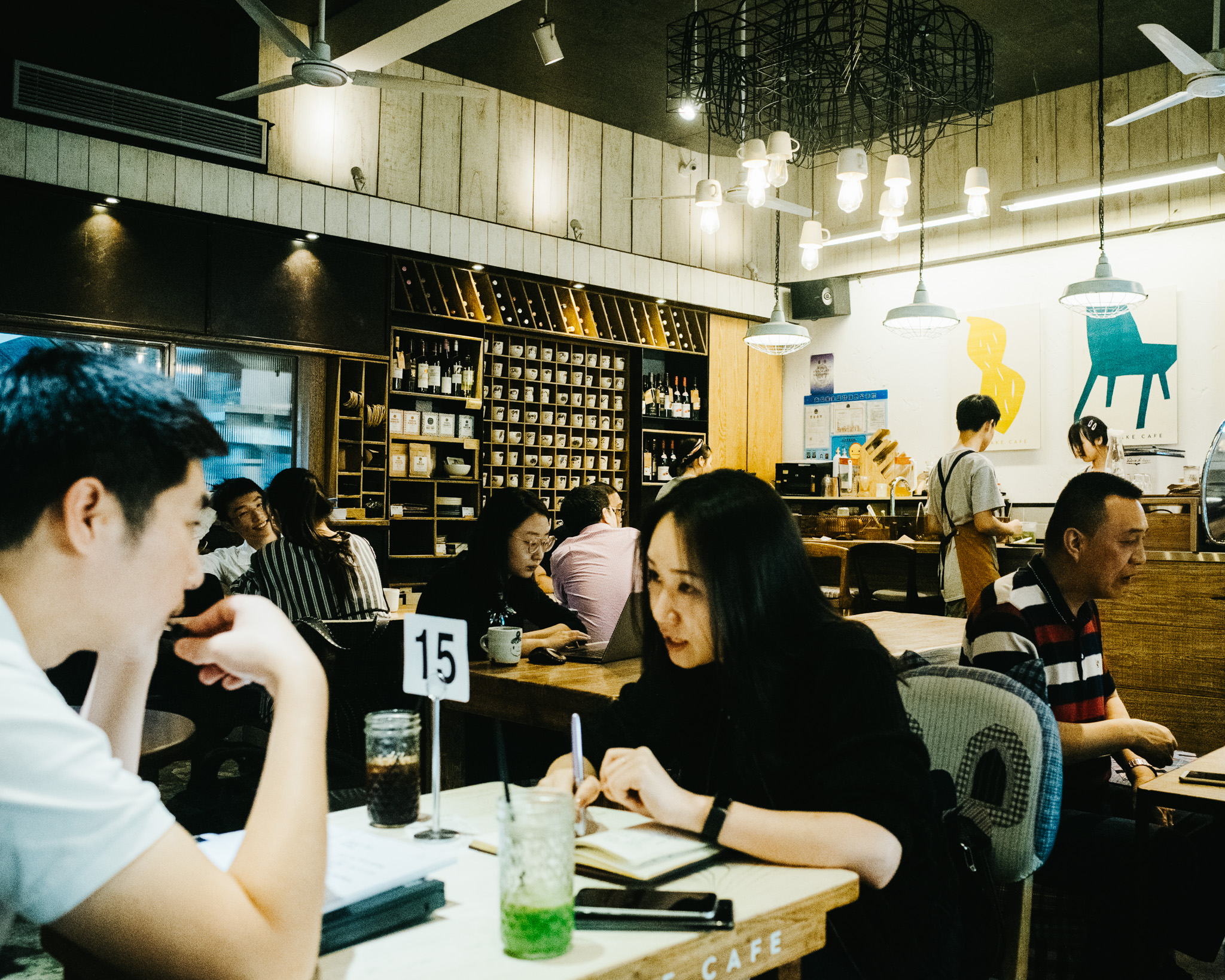 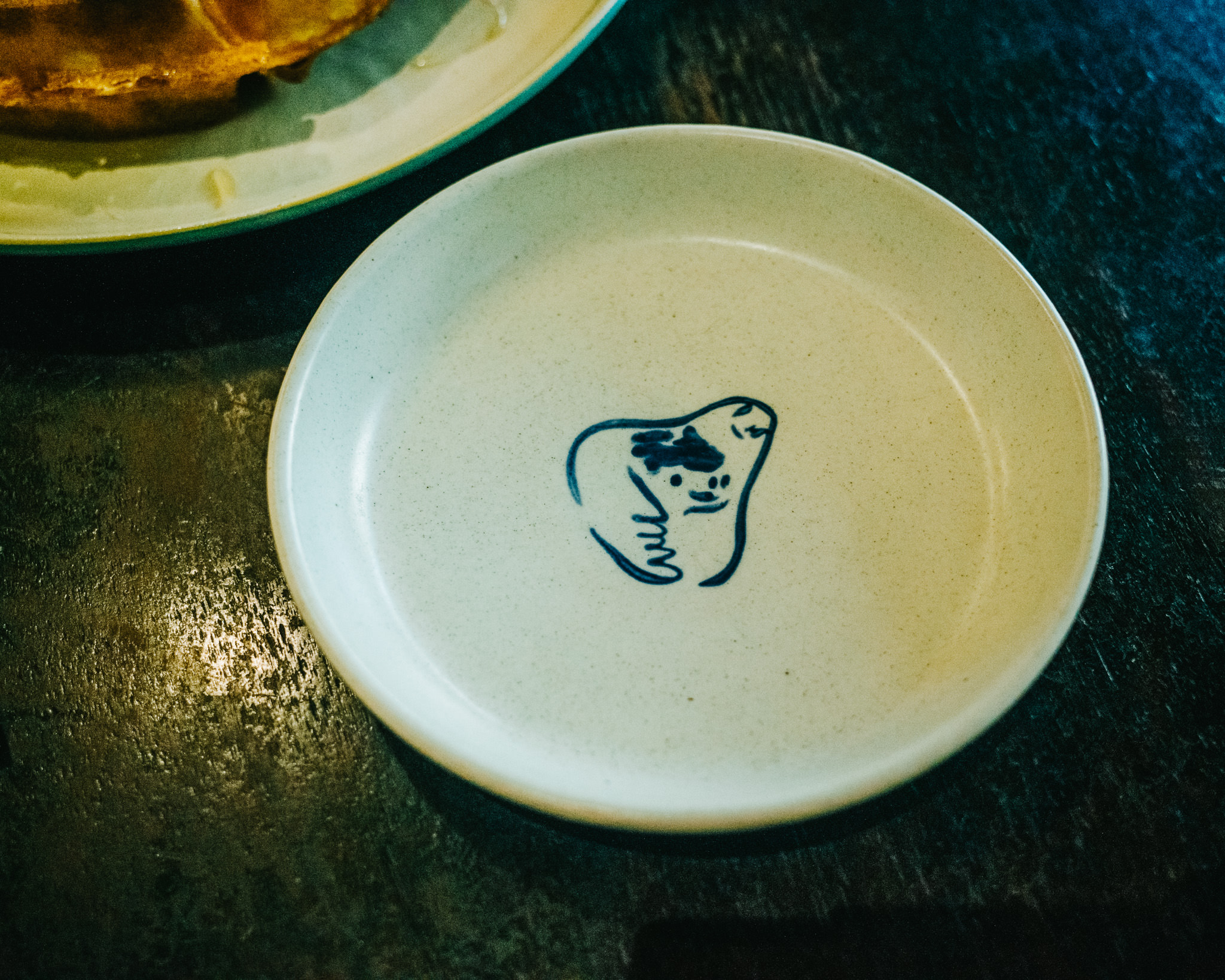 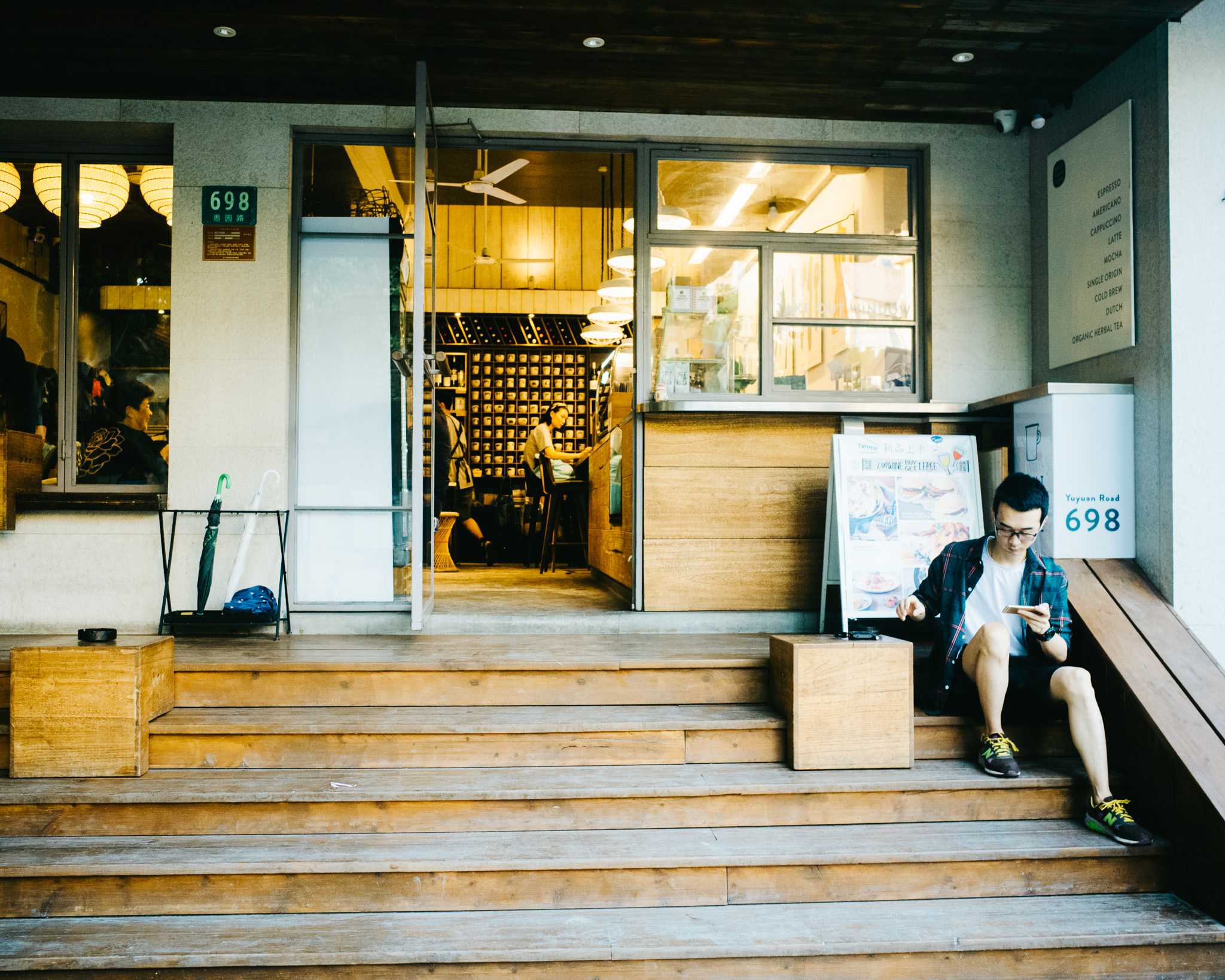 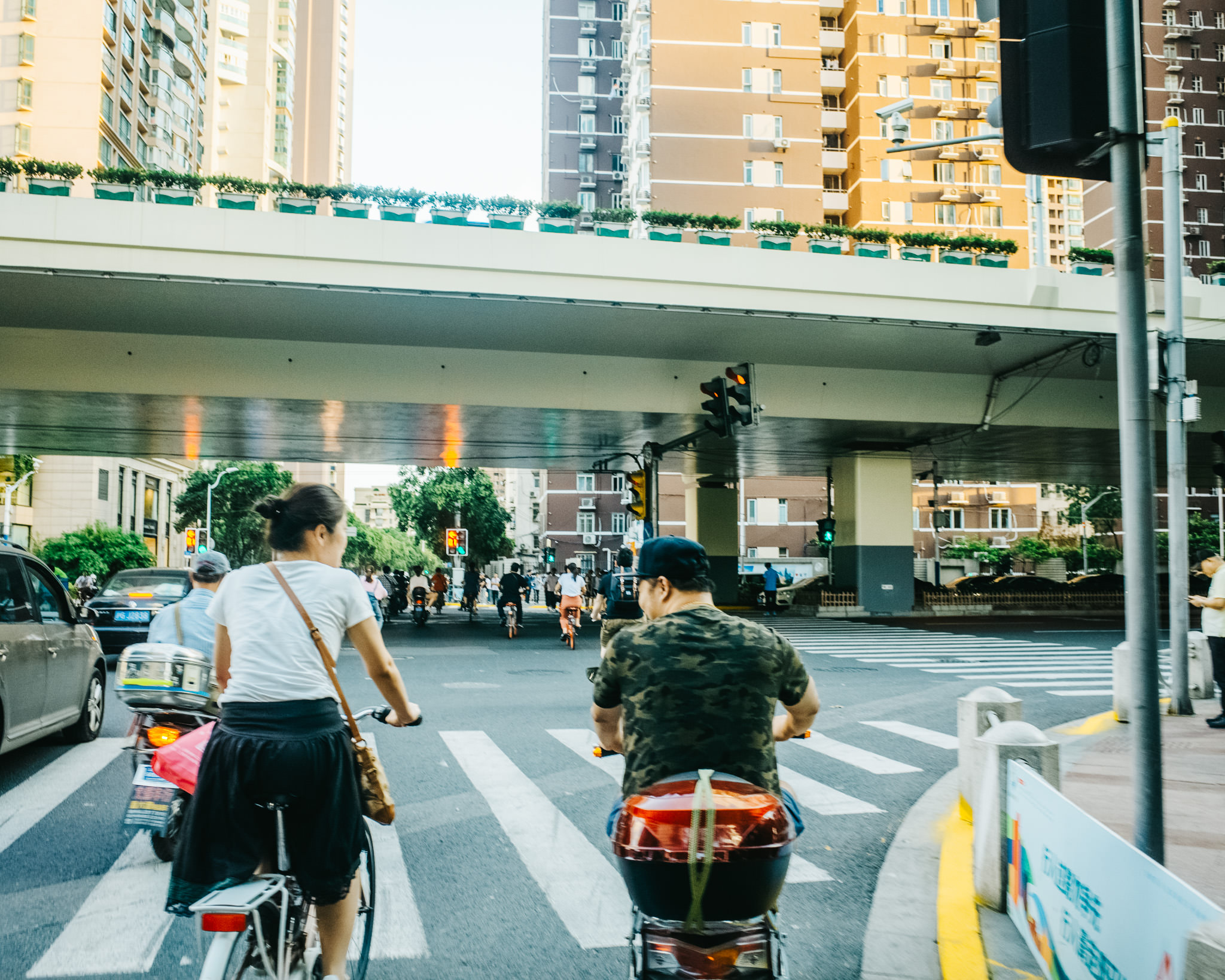 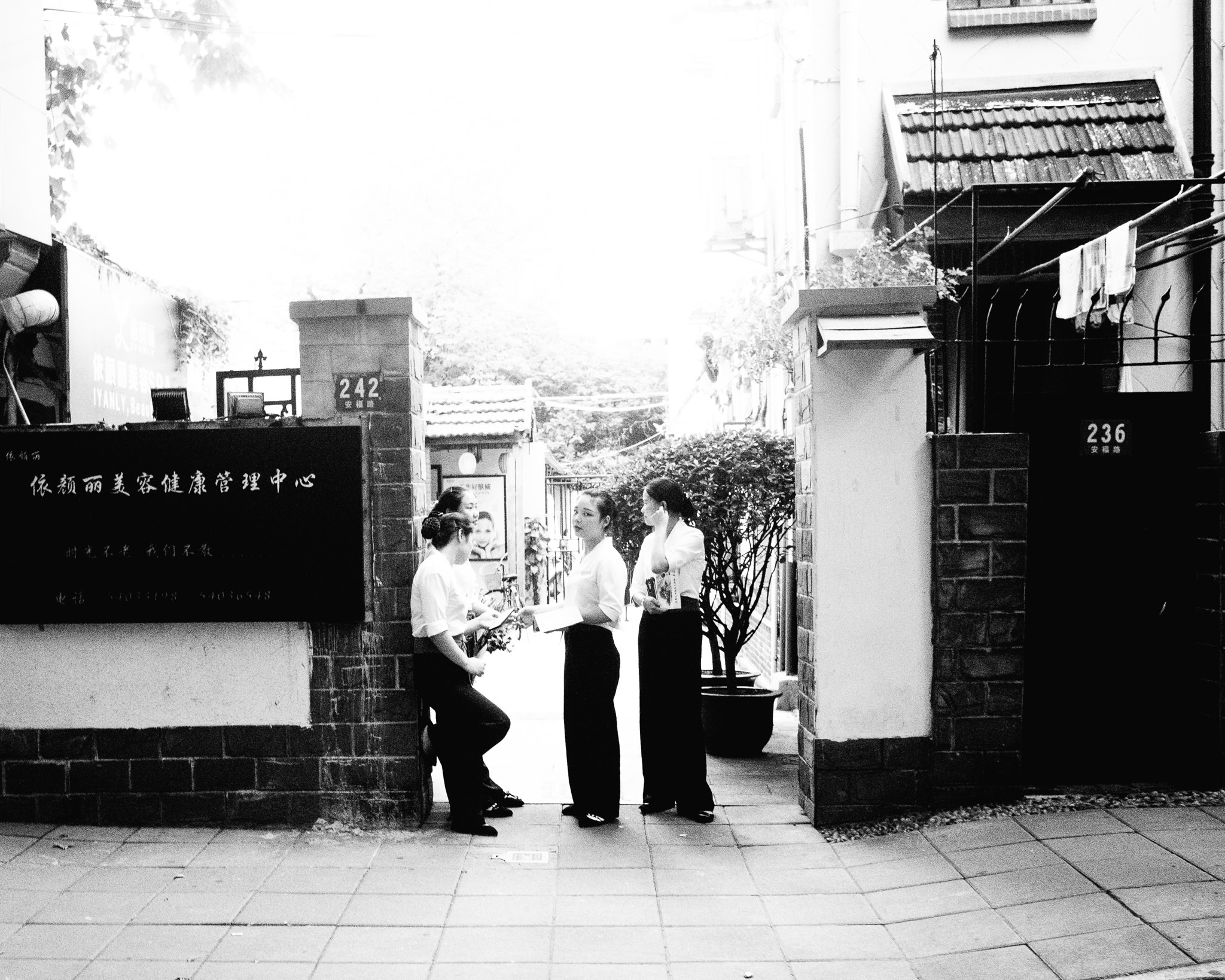 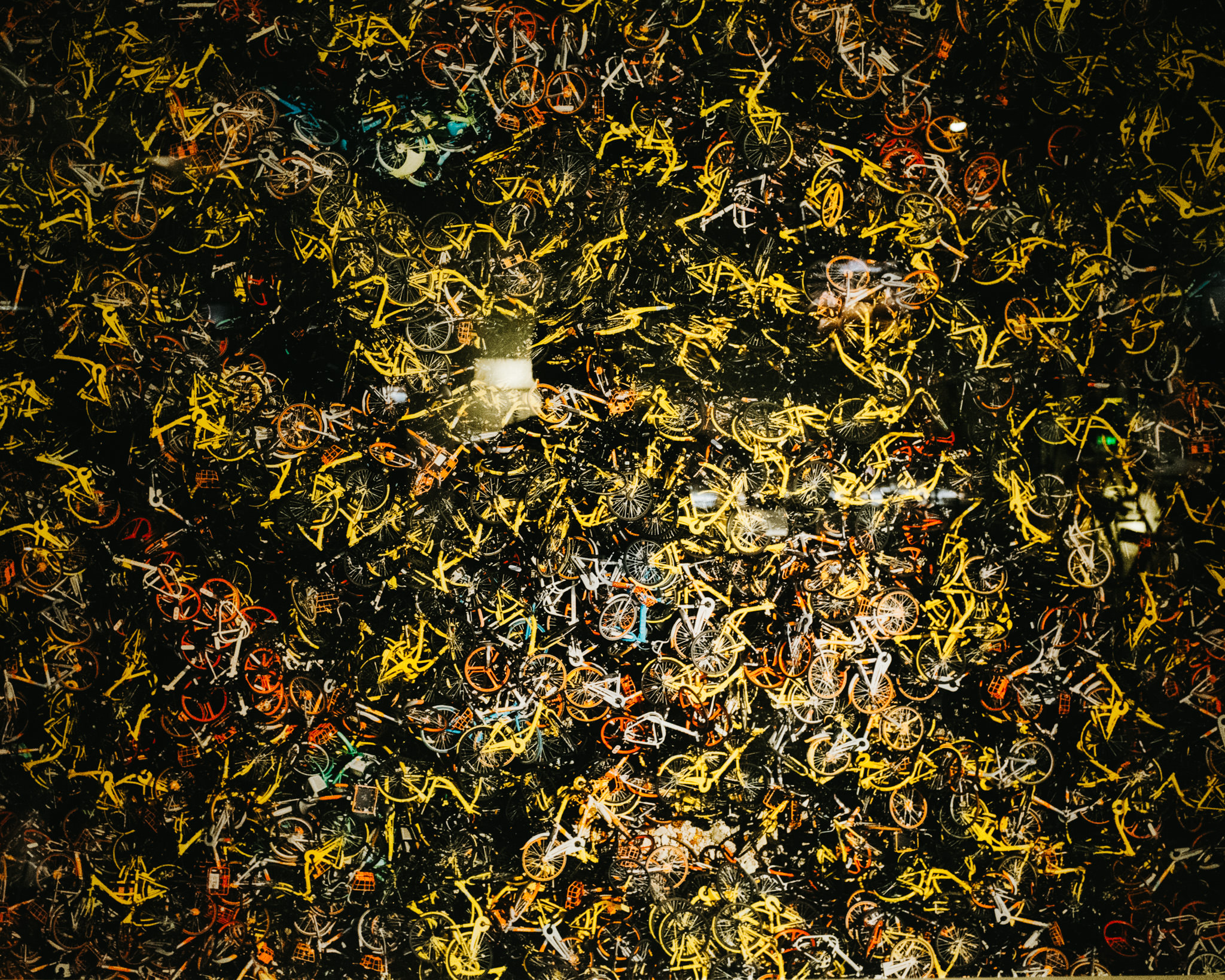 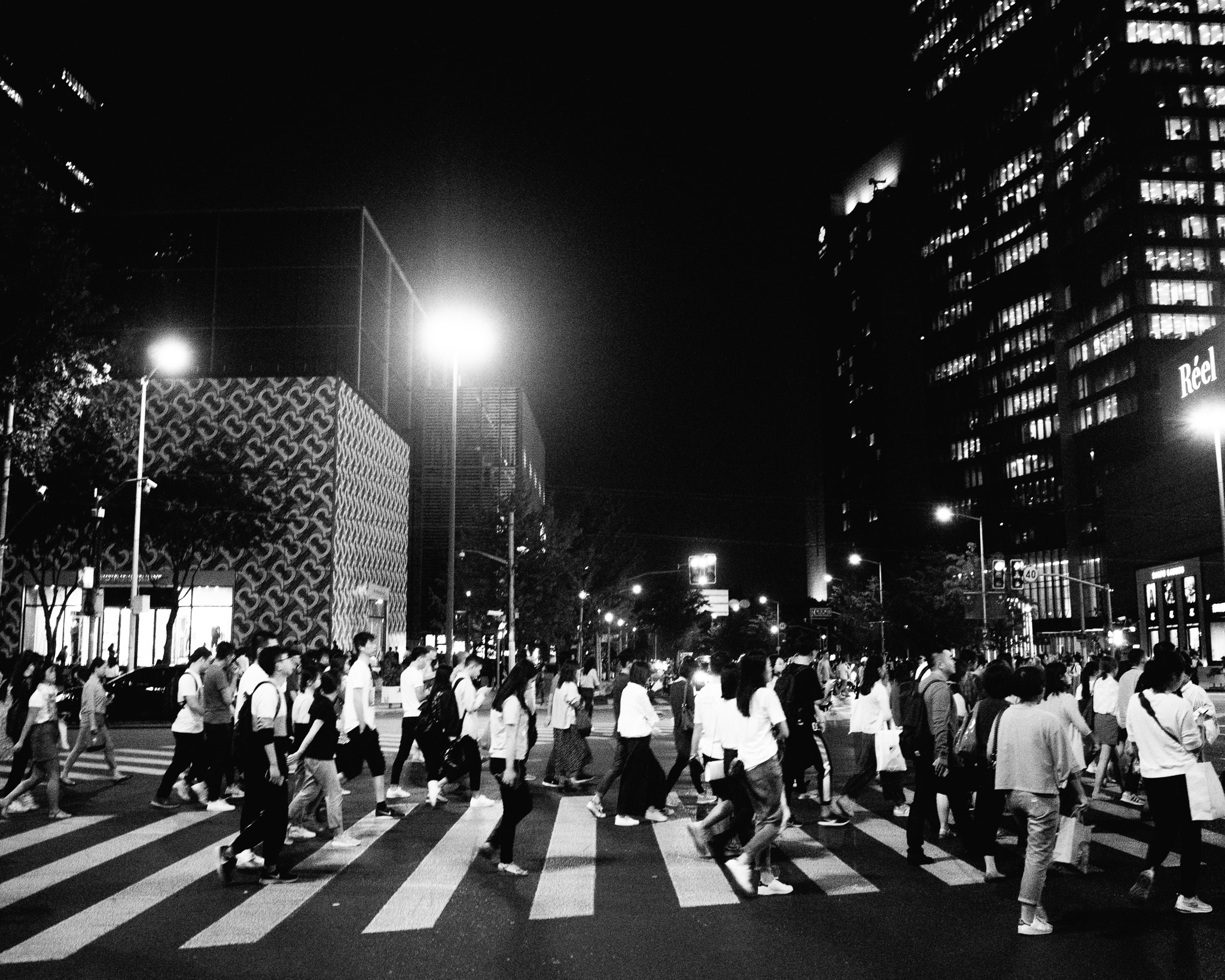 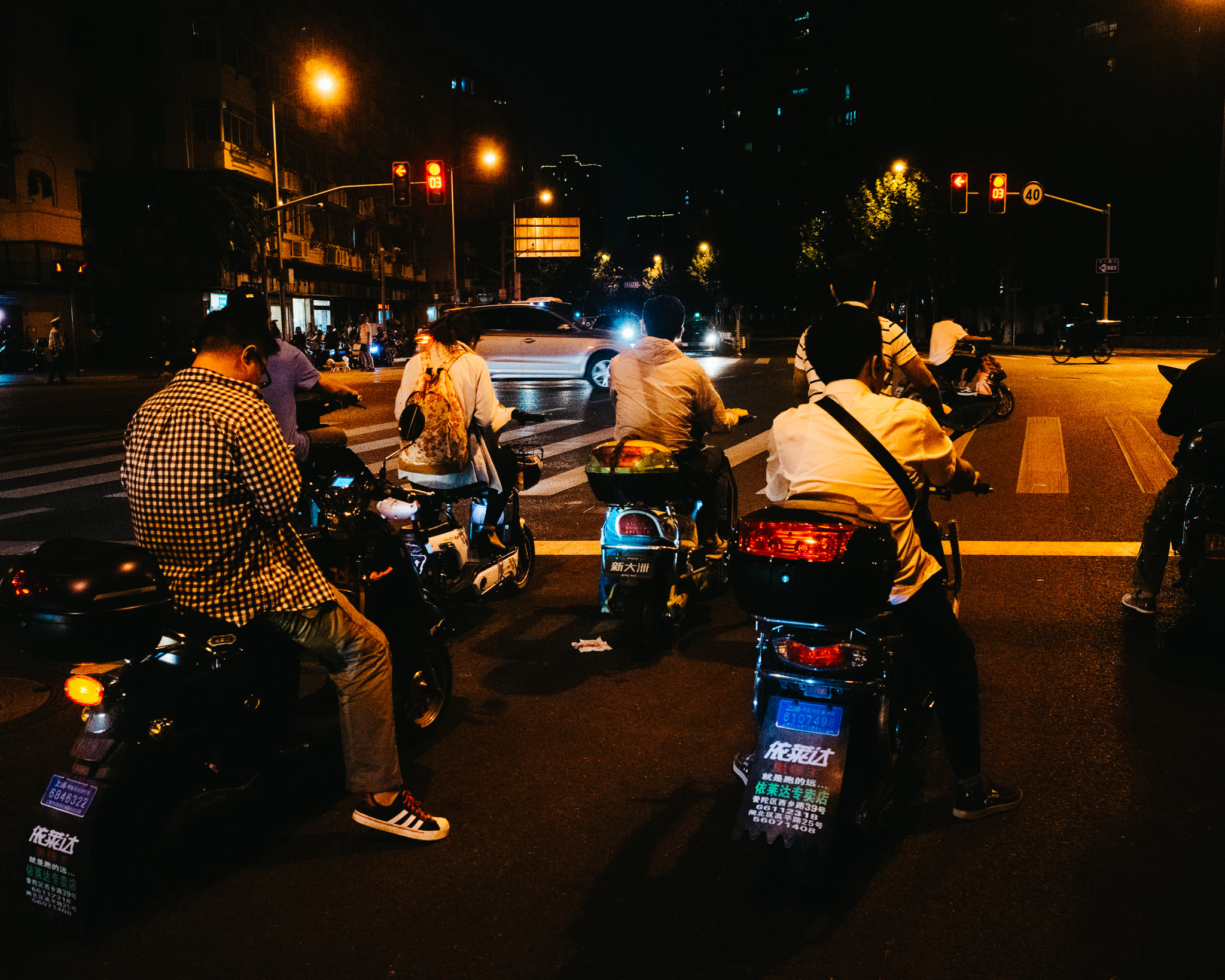 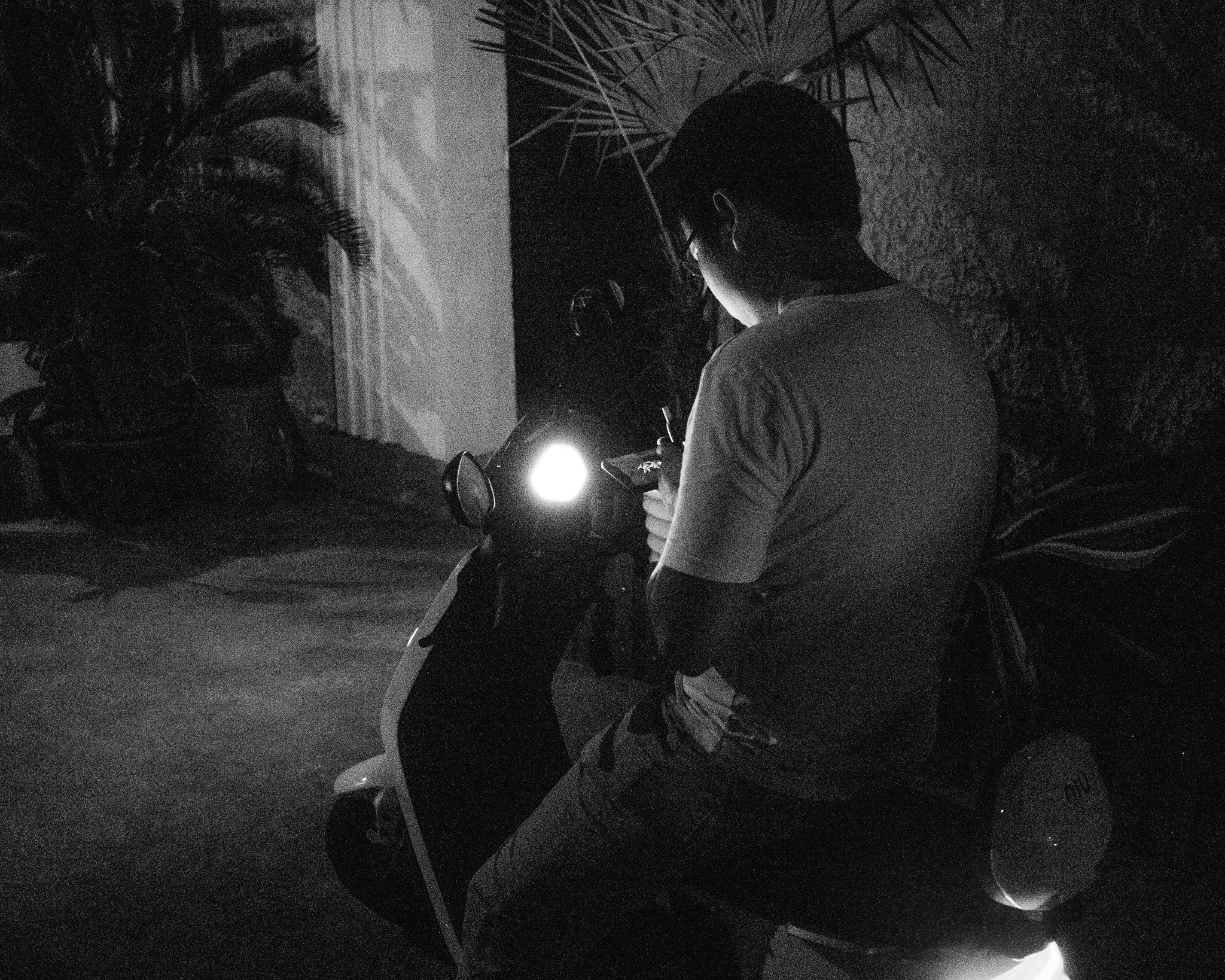 The Sounds of Shanghai – Day 2.